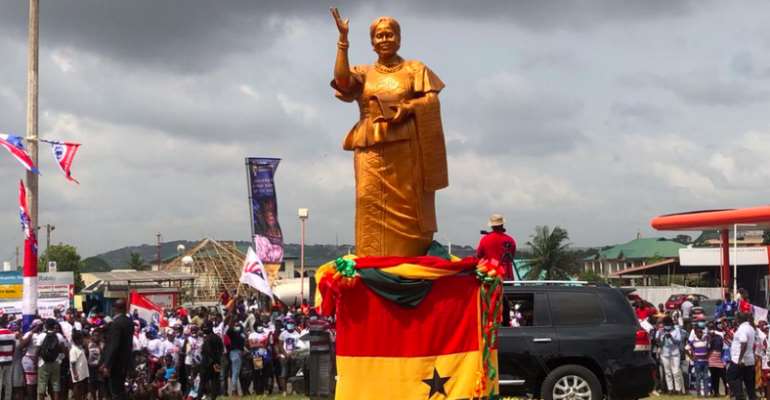 President Nana Akufo-Addo has unveiled a statue of the first Member of Parliament (MP) for Ablekuma West constituency, Theresa Amerley Tagoe, at the famous Dansoman Roundabout.

The MP died 10years ago.

Justifying the unveiling, President Akufo-Addo said the monument stands as a testimony for her contribution to the nation and community.

At the event was dancehall artiste Samini who has composed an endorsing song for the President’s second term bid.

MP for the area, Mrs Ursula Owusu-Ekuful said her contribution continues to inspire the NPP to work hard to achieve targets set for the December 7 elections.

President Akufo-Addo is on day two of his Greater Accra regional tour.

He is expected to commission phase one of the Pokuase interchange.