What has provoked the current French controversy over filming the police? 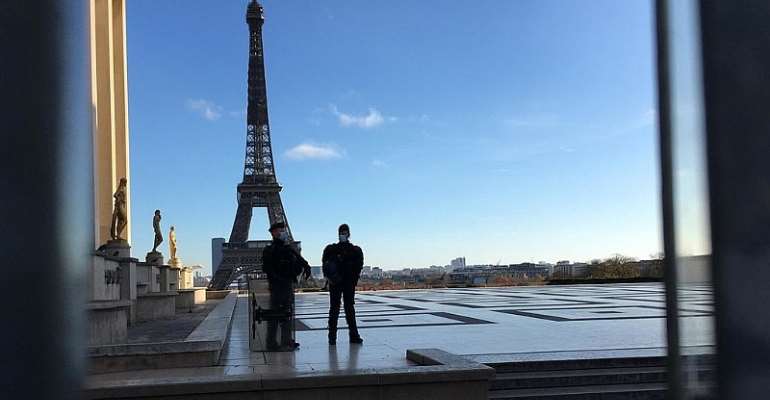 Protests over a security bill approved in parliament this week have shown how France is struggling to balance its attachment to press freedom with its vision for an effective police force. The debate follows several years of intensified policing, and the increasing visibility of the security forces on social media.

A proposal to ammend France's press freedom laws to prevent online images being used to target individual police officers has touched on debates over security, police misconduct and social media.

MPs gave a first stamp of appoval on Wednesday to proposed security laws that would impose a one-year prison sentence and 45,000 euro fine for anyone publishing images of “the face or any other identifying element” of a police officer “with the obvious goal of inflicting physical or psychological harm”.

The measure would concern filmed or photographed images of officers “when these personnel act in the context of a police operation” published “by any means and on any platform”.

France's government and affiliated lawmakers insist the measure is meant to prevent police officers from becoming targets of threats and assaults.

“The idea is that anyone using video images of demonstrations that show potential police violence to find the name or address of the person in the image would be prevented from doing so,” says Roland Lescure, an MP in President Emmanuel Macron's Republic on the Move party.

“In no way does the law aim to forbid people to film demonstrations or police interventions, or even to publish them.”

Critics see an effort to clamp down on journalists and citizens whose mobile phone images have drawn attention to how police behave during public demonstrations and other law enforcement missions.

Such images have captured police causing the death of a delivery man in Paris this year, as well as serious injuries and mutilations of protesters during Yellow Vest and other demonstrations.

“Social networks made it possible to document these things,” says David Dufresne, writer and director of The Monopoly of Violence, a documentary on police misconduct released this year. “What we've been seeing in recent years has been the case for 20 to 30 years in poor neighbourhoods.”

The images prompted warnings from international bodies including the United Nations Human Rights Council, the Council of Europe and the European Parliament.

But such warnings have not reversed trends that have seen protesters becoming more confrontational and police more assertive at public demonstrations in recent years.

“Covering a demonstration today means having to protect yourself,” says independent photographer NnoMan, who notably covers strikes and other public protests. “I would not be able to work without a gas mask, safety goggles and a helmet… We often go to work afraid, not knowing what condition we'll be in that evening, not knowing if we'll spend the night at home or at a police station.”

The sometimes tense relations between journalists and police in those circumstances hit a new low last week when officers asked reporters covering an outbreak of violence after the first rally against the security bill to leave or be arrested.

“Sometimes we show misconduct, but we also show when they do good things and also when they are targeted,” says Thibault Izoret, a video reporter covering protests for newspaper Le Figaro.

“This was the first time as a journalist I was told to leave the field, to not show what was happening. For the first time I was frightened of being arrested just for doing my job.”

Last week, 30 news outlets including RFI wrote a letter of protest after Interior Minister Gérald Darmanin said journalists should seek accreditation with the police headquarters to cover demonstrations, remarks which he later retracted.

But relations deteriorated further on Monday evening, when police were filmed roughing up journalists during a heavy-handed clearing of a migrant camp in Paris, further underlining concerns of an effort to censor information about police operations.

“If we provide police with enough security that they will not be directly, personally affected by threats, which they currently feel, they should feel all the more at ease to let people film their actions,” says Roland Lescure in defense of the proposed law.

“It's about trying find a more virtuous cycle by which the police feel more reassured and therefore less willing to act according to behaviours that are not necessarily completely lawful.”

For critics though, what is happening now is the culmination of a long evolution in law enforcement.

“For a long time, French law enforcement was about keeping crowds at a distance, absorbing the shock and avoiding confrontation as much as possible,” says David Dufresne. “Today, French policing is brutal, it mutilates, it kills, and it raises concern in moderate institutions” like the UN.

“It's true that more demonstrators go looking for a fight today than they did before, but that's also the case in other countries, which have chosen to do what France did for a long time, but which is now a distant memory.”