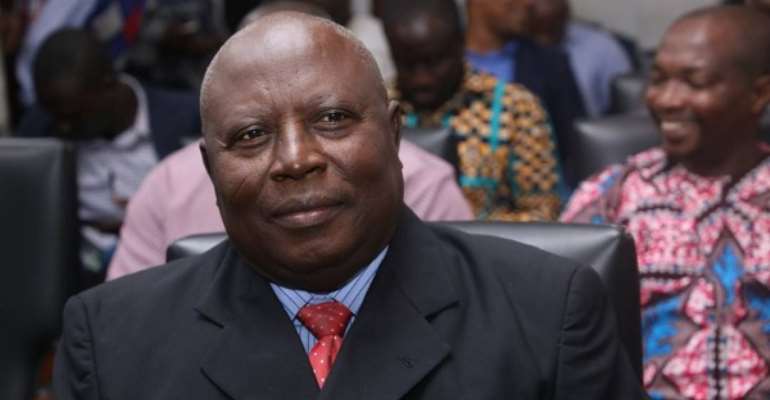 Most people do not have a problem with you thinking for yourself, as long as your conclusions are the same or at least compatible with their agenda. Today, deputy Special Prosecutor, Ms Jane Cynthia Naa Torshie Lamptey is acting Special Prosecutor until someone is appointed or she is made the substantive by Nana Akufo -Addo, President of the Republic of Ghana.

The former director of Public Prosecutions, Ms Cynthia Lamptey was named deputy Special Prosecutor at the beginning of 2018. Her appointment to assist Mr Amidu could have been considered a reunion of the two. She worked with Mr Martin Amidu while he was the Attorney -General and Minister for Justice during the Mills administration.

Lawyer Cynthia Lamptey worked at the Attorney – General’s Department for over 25 years until she was relieved of her post in 2015.

It is fascinating to know that there are reports, she was sacked.

The Office of the Special Prosecutor is a creation by the Akufo – Addo government as the solution to independent prosecution of politicians and politically exposed persons found to have engaged in corruption.

Perhaps, it is to avoid the accusations of political witch-hunting usually leveled against government wherever it tries to go after former government officials accused of corruption and not to fight corruption in an incumbent government if deep inference can be drawn from Mr. Martin Amidu’s resignation.

The former ag. Director of Public Prosecutions, Ms. Cynthia Lamptey was in charge of the prosecution of the former Executive Director of the National Service Scheme, Alhaji Imoro who was in court for allegedly stealing GHc 86.9 million belonging to the state.

She was also in charge of the criminal prosecution of the political financier, Alfred Agbesi Woyome in the GHc 52 million judgement debt saga.

Sometimes when I’m writing, I wonder if words have a mind of their own and perhaps, they are really just using me as a puppet to manifest themselves because carefully looking at the letter which Mr. Martin Amidu directed to the president, the nine-member board for the office of the Special Prosecutor which Ms. Cynthia Lamptey is a member of was not copied.

More Article
Modern Ghana Links
Why healthy food and its local production should be part of the COVID-19 response
How African body markings were used to construct the idea of race in colonial Brazil
South Africa's immunisation record risks being dented by anti-vaccination views
Scholarships alone are not enough to get more qualified female teachers into Nigeria's schools
How South Africa can prepare for a data-driven education system
Vaccine production in South Africa: how an industry in its infancy can be developed
Pasha 93: Nigeria doesn't have a coherent COVID-19 vaccine plan. What's needed
Ethnic conflict could unravel Ethiopia's valuable garment industry
South African internal migrants fare better in the job market in two regions
Election Reports Quotes Dossiers
TOP STORIES