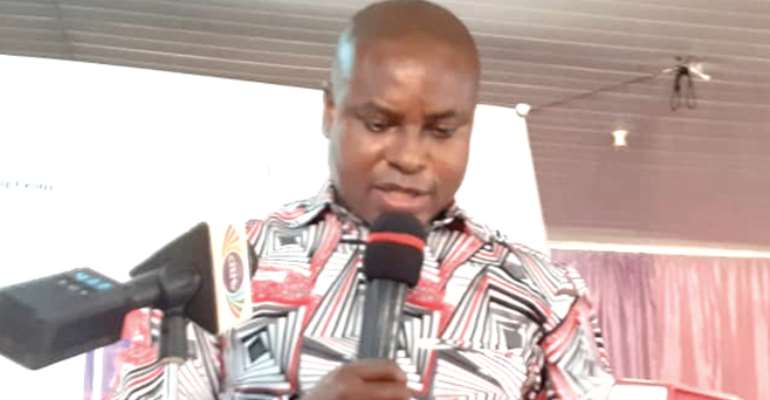 Pro-government think tank, the Danquah Institute has cast aspersions on the presidential candidate of the opposition National Democratic Congress (NDC), John Dramani Mahama over what it says was his appalling handling of the country’s economy while in office.

Executive Director of the think-tank, Richard Ahiagbah, at a press conference on Wednesday, said Ghana’s economic growth rate was only ever slow under the leadership of John Mahama and the NDC.

“Available economic data suggests that the NDC has, over the years, managed the economy poorly. This is evidenced by the unprecedented poor macroeconomic indicators,” he said.

Mr. Ahiagbah claimed that the “average annual growth rate under the Mahama-led administration was 4.0%, GDP per capita growth rate was as low as 1.6%, inflation as of 2016 was 17.5%, the highest recorded in the last decade”, to buttress his point.

He further attributed the hardship experienced in various aspects of the economy to the poor decisions made by Mr. Mahama that threw the economy off-gear and also accused the opposition party of restoring a US$ 912 million International Monetary Fund (IMF) bailout to cover up its mess.

“The mismanagement of the economy significantly impacted all sectors culminating in the decline of output in the industrial sector, the worst-hit from 6.6% in 2013 to 1.2% in 2016”, he added.

The New Patriotic Party (NPP) continues to tout its various interventions and milestones achieved under the leadership of President Akufo-Addo within the three years and 10 months of his administration and layout the next steps going into the second term of the administration albeit its claims it inherited a bad economy from the erstwhile Mahama-led government.

But the NDC has refuted suggestions that it left behind an economic mess when it lost power to President Akufo-Addo's NPP.

Communication Officer of the NDC, Sammy Gyamfi says there is a cause to believe that the NPP has persistently lied to the people of Ghana and the world that they inherited an economic crisis from the NDC government in 2017.