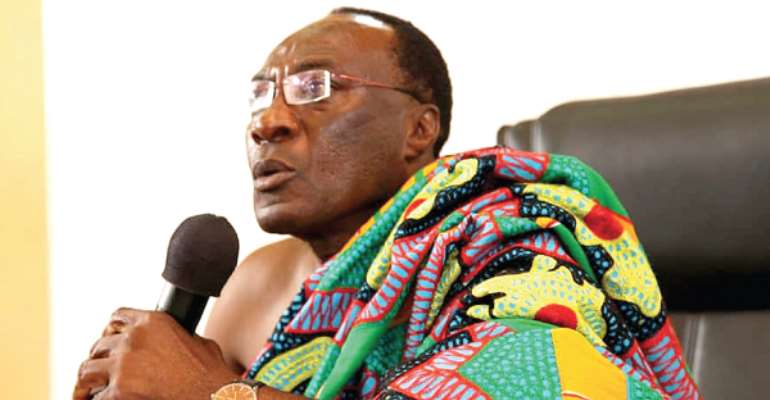 The Volta Regional House of Chiefs is calling for the immediate withdrawal of security personnel deployed to the region following the invasion of members of secessionist group, Western Togoland.

The House believes the continued presence of security personnel in the area will discourage citizens from casting their ballot in the upcoming general elections.

Security personnel were dispatched to the region after members of the secessionist group in the early hours of Friday, September 25, 2020, blocked the Juapong–Accra and Sogakope–Accra main roads.

The House pointed out that the personnel had since not been recalled, despite calm returning to the area.

It said deliberations held with high ranking government officials about insecurity in the Volta Region had not yielded positive results.

Below is the statement from the Volta Regional House of Chiefs

Latest Photo Reports
Catch up with all the political quotes from our politicians.
Advertise here
More Headlines
ModernGhana Links
Election 2024: NDC propaganda specialists are afraid of data; so sell our development projects in your localities — Bawumia to MMDCEs
"Why are you behaving this way?" — Bagbin blasts MPs who used 'macho power' at MMDCEs confirmation exercises
Take me to court, I will get the court to also overturn the decision to affirm my authority – Otumfuo dare encroachers of KNUST lands
We’ve revamped TVET education in Ghana than any government – Bawumia
Encroachers on KNUST lands will face my wrath — Otumfuo warns
Retired midwife, three others arrested over child stealing, sale of babies at Atuabo and Half Assin
Contracts for 27 Mahama E-blocks terminated
Ghana risk water scarcity if pollution continues — NDPC
You have no authority to banish, kill anyone for being gay; it's illegal, undemocratic – Group to traditional rulers
TOP STORIES

Take me to court, I will get the court to also overturn the ...
53 minutes ago

We’ve revamped TVET education in Ghana than any government –...
53 minutes ago