'NPP Is Not An Akyem Party'- Council Of Elders 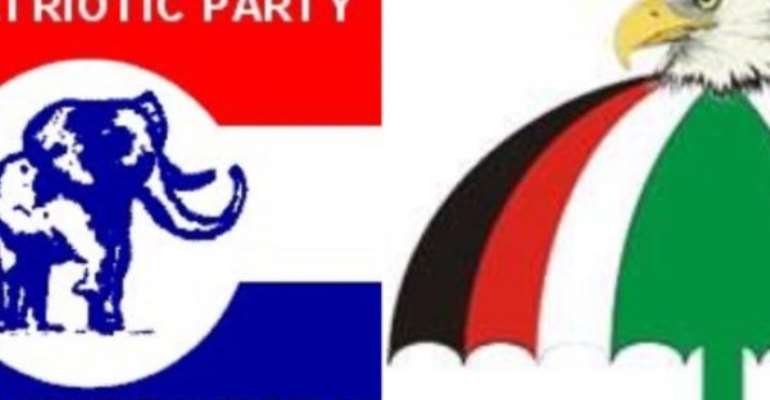 Mr Kwasi Kyeremeh, the Dormaa Central branch secretary of the Council of Elders/Patrons of the ruling New Patriotic Party (NPP) has emphasised the NPP was not a party for the 'Akyem' people.

Ruling out such claims, he alleged were being peddled by the opposition National Democratic Congress (NDC), saying it was one of the NDC's propaganda machinery adopted to throw dust into the public eyes, making the NPP unpopular.

Addressing a news conference at Dormaa-Ahenkro, Mr Kyeremeh called on Ghanaians to dismiss claims out rightly, saying the NDC had no political campaign message to sell to and persuade the populace to win their votes in the December 7, polls.

“These claims are absolutely baseless, particularly at a time natives of Dormaa-Ahenkro are serving in high profile positions within President Nana Addo Dankwa Akufo-Addo's government”, he said.

"We can boost of Mr Kwaku Agyemang-Manu, the Minister of Health, Mr Kwasi Sabi, the Deputy Minister of Monitoring and Evaluation, Mrs Evelyn Ama Richardson, the Bono Regional Minister, Mr James Oppong Boanuh, the Inspector General of Police (IGP), and the Board Chairman of the Ghana Health Service, Dr Yao Yeboah are all from Dormaa”.

Mr Kyeremeh advised the populace to consider the many development projects, and achievements the government had chalked and vote to retain President Nana Akufo-Addo's government in the general election.

“In fact Dormaa has received its fair share of development. Our rice factory is under construction at Nkrankwanta and we have also benefited from construction of bridges, roads and many development projects”, he added.