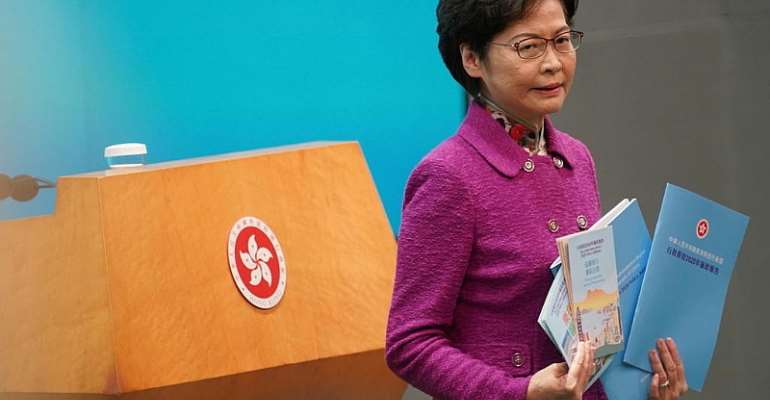 Lam said in her annual policy address that the law had prevented a return of political unrest and that bringing normalcy back to the political system is an urgent priority.

Beijing imposed the law on "Safeguarding National Security in Hong Kong" on 30 June, aiming to crack down on dissent following months of anti-government protests in the city that at times descended into violence.

Last year's protests were triggered by a proposed extradition law that would have allowed suspects in Hong Kong to be sent to the mainland. The proposal was eventually scrapped.

“Advocacies of Hong Kong independence and collusions with external forces have progressively subsided, some of the prominent figures have kept a low profile, radical organisations have ceased operations or dissolved,” Lam said in her address.

“After a year of social unrest with fear for personal safety, Hong Kong people can once again enjoy their basic rights and freedoms, according to the law,” she added.

Beijing has rejected all criticisms on the law as brazen political interference and taken an ever-tougher stance on dissent in Hong Kong.

Earlier this month, China passed a resolution disqualifying four pro-democracy Hong Kong lawmakers after they were accused of violating their oaths of office.

The move prompted all of Hong Kong's pro-democracy legislators to resign en masse as a show of solidarity.

13 Nigerians who engaged Police in gun battle at Weija reman...
42 minutes ago