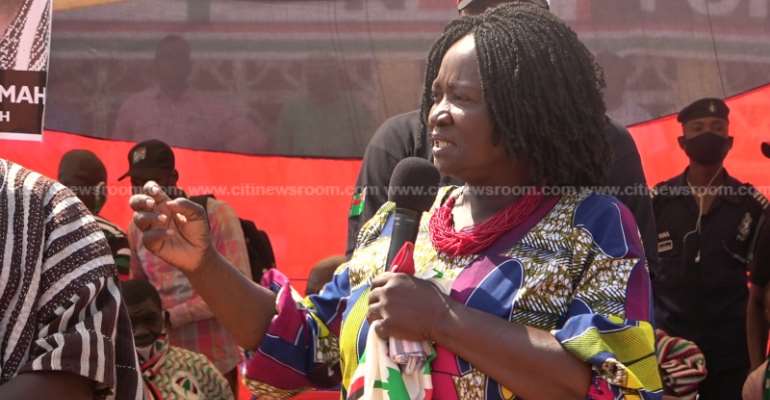 Professor Jane Opoku-Agyemang met with traditional leaders, the youth, artisans, and many others especially women, in Kintampo, Offuman, Agyina, Techiman, Tato, Nyomoase, amongst other communities in the Bono East Region.

Central to the campaign of the NDC Vice Presidential candidate was education and the improvement of women's welfare. 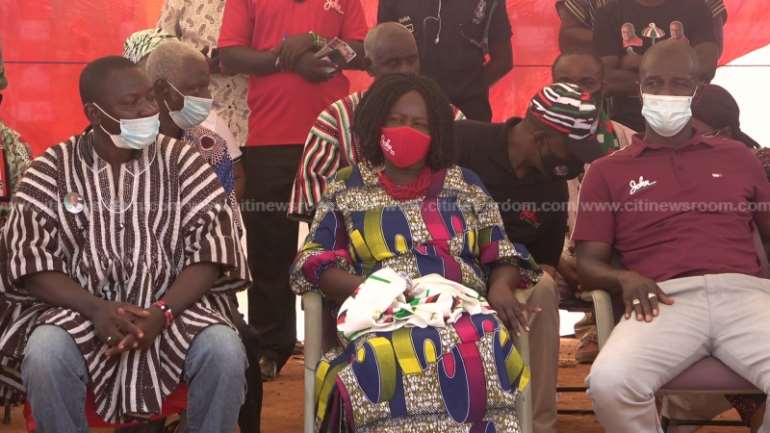 Professor Opoku-Agyemang whilst campaigning in the Bono East Region stated that the NDC had achieved a lot for Ghanaians in the education sector contrary to what their opponents have been propagating.

“Don't let anyone tell you that when you vote for the NDC, you are uneducated. Tell me, which political party has built more universities than the NDC? Had we not understood the relevance of education, would we have built universities, secondary schools, nursing training colleges, convert polytechnics into technical universities, eradicate schools under trees and build E-blocks? [Our opponents] do not know what they are saying.”

The Vice-Presidential candidate also debunked claims that John Dramani Mahama said that he would cancel the Free SHS programme. 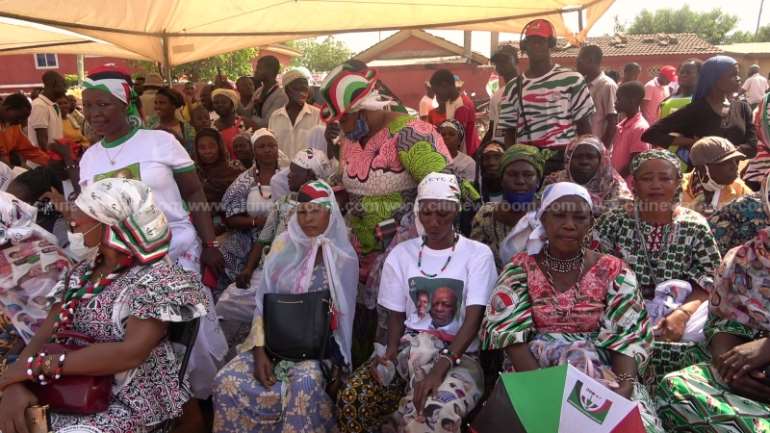 “Our opponents go around saying that John Dramani Mahama says he will end the free SHS programme. John Mahama has not engaged anyone to be his spokesperson. He also doesn't have anything like that in his manifesto. These are merely propagandist statements spread by our opponents.”

In Agyina, a community within the Kintampo south constituency, she stated that the NDC is on a journey to transform the way the country is governed.

She further stated that her government will not be divisive or ethnocentric, but rather include all Ghanaians.

“The NDC is a political party that respects women… It is no wonder that John Mahama has called a woman to vice him in the presidential race. I know that when you call a woman to the table, it is an invitation to the entire family, so prepare yourselves. We are coming to change the way this country is governed for the better so everyone benefits. We won't be divisive or ethnocentric. Let us understand that we are one people.”