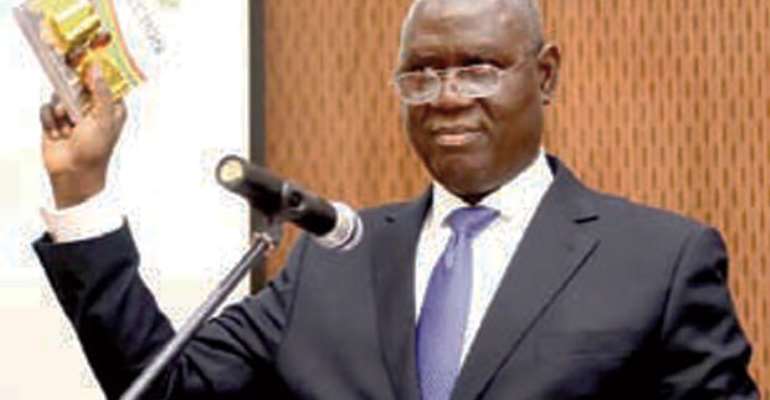 The Judicial Service yesterday launched the fourth edition of a manual on election adjudication ahead of the 2020 presidential and parliamentary elections.

The manual is to provide a source for all requisite constitutional provisions on the conduct of presidential and parliamentary elections including statutory and subsidiary legislations as well as relevant and special procedural rule on the conduct of these elections.

The book also contains a collection of relevant cases decided by the Superior Court of Ghana on elections and other related matters.

Speaking at the launch of the Manual on Election Adjudication, Justice Jones Victor Dotse, Chairperson of the Election Manual Review Committee, disclosed that the revised edition of the manual includes C.I 99 which ensures that any petition arising from the presidential election result, would be resolved expeditiously within 42 days.

He said this was necessitated by the delays occasioned by the 2013 presidential election petition which took almost nine months to adjudicate.

He also indicated that the changes in the fourth edition of the manual also spell out who can initiate a petition against the result of the presidential election.

“There are major significant changes in the law in the sense that now if you are interested in questioning or initiating a presidential election dispute, you must have been a candidate in that election, and you can only sue the one who has been declared as the winner by the EC and the EC.That's all,” Justice Dotse said.

The Chief Justice, Kwasi Anin Yeboah, who launched the manual, indicated that “the fair determination of electoral disputes by the Judiciary serves the purpose of electoral integrity. Without such an assurance to the contestants, disputes that arise after elections may end up in the streets, resulting in violence and other related acts that threaten a democracy.”

He underscored the important role of the Judiciary in settling election disputes since the return to constitutional rule in 1992, stating that the Judiciary had been called upon time and again to rule on these matters.

“While not everyone will agree with all our decisions, I can assure you that they have all been motivated by the national interest, underpinned by firm judicial principles geared towards preserving the sanctity of our motherland,” Justice Yeboah said.

The Chief Justice assured Ghanaians of the thoroughness, professionalism and patriotism with which the Judiciary approaches and dispenses its duties, adding that would never change.

He disclosed that as part of preparations for the 2020 elections, judges have had sufficient training to better improve their capacity in handling disputes that might emerge after these elections.

“Additionally, Justices of the Supreme Court have had to travel to various parts of the country to sensitise Judges and Magistrates in order that they can approach electoral disputes expeditiously, and I am hopeful that our judges will bring these added skills to bear in the determination of disputes which may arise after these elections,” Justice Yeboah added.