France to end lockdown on Dec. 15, but restrictions will loosen this week 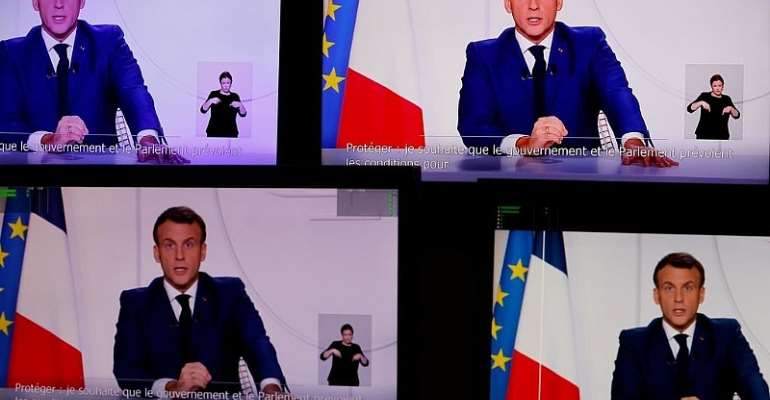 Emmanuel Macron has loosened the grip of lockdown, which will be replaced by a curfew from 15 December, but called on the French to take responsibility during the festive season. This, as the country recorded 50,000 deaths from Covid.

"We must continue our efforts," the head of state said during a televised address one month after the start of the second lockdown. "We must do everything to avoid a third wave, a third lockdown," he said.

Hailing the mobilisation of the population, he welcomed the fact that the circulation of the virus had been "slowed down", but Covid-19 "remains very present" in France and the rest of Europe, he added.

As a result, Emmanuel Macron announced that the easing of restrictions would not take place overnight but in three phases until January 20th. Its implementation will depend on the evolution of the epidemic, he warned.

Phase 1
The easing will begin on Saturday,, November 28: the lockdown will remain in place, but the certificate that people currently use when they leave home, will allow people to travel 20 km from home instead of one, and for three hours instead of one.

He also lifted the constraints on Christmas shopping by reopening all so-called "non-essential" shops such as bookshops and clothing shops until 9 pm if they apply strict health protocols.

"I know how great the wait [to open these businesses] is and how much they contribute to our daily life in our town centres," he said,  after sustained pressure from professionals in recent weeks.

The reopening of places of worship, which has been demanded by some groups, Catholics in particular, will be effective this weekend, but with a maximum capacity of 30 people at services.

Restaurants and bars, however, will remain closed.
Phase 2
The second stage is set for December 15th, the day on which "the confinement can be lifted" if health conditions permit. It will be replaced by a curfew from 9pm to 7am throughout the country, with an exception for Christmas Eve  and New Year's Eve, when people will be free to travel.

A 'truce' at the end of the year has also been agreed upon by several neighbouring countries, such as the United Kingdom, which on Tuesday authorised family reunions from 23 to 27 December, while Germany plans to limit the number of participants in family celebrations to ten people.

From December 15th, cinemas, theatres, and museums will be allowed to reopen, but gatherings and festive events will continue to be banned.

Sporting activities for minors will also be allowed outside again from Saturday and in cinemas from 15 December.

Phase 3
The third phase will begin on 20 January with the potential reopening of restaurants and sports halls. However, no date has been set for the bars and discotheques.

The high schools will then be able to be "fully open, with all the students" if the number of daily contaminations remains below the 5,000 mark, the president said. Universities will follow two weeks later.

Vaccines
The vaccination, which will not be compulsory, will be able start "in late December-early January" for "the most vulnerable people". France, together with the European Union, has "secured the number of doses" needed to secure the population, he said.

After the first vaccines became available at the end of December, a second generation of vaccine is expected in the spring.

For the tests, Macron also promised a maximum delay of 24 hours for the results by January.

He also promised the deployment of rapid antigenic tests throughout the country.

On the economic front, Emmanuel Macron announced that bars, restaurants and sports halls will be able to benefit from additional aid of up to 20% of their turnover if this amount exceeds the 10,000 euros that can be paid by the solidarity funds for businesses.

Ski resorts closed
France's ski resorts, among the most popular in Europe, will not be allowed to reopen in time for the year-end holiday season.

Macron said he would consult with his European partners to coordinate start dates for the winter season.

It was preferable, Macron said, to plan for a re-opening of the resorts in January "under favourable conditions". He promised an update with 10 days.

The Haute-Savoie region in the French Alps on Monday had the highest number of virus infections per 100,000 people in the entire country, followed by the neighbouring Savoie region.

Health authorities have warned that regional hospitals could be saturated quickly if crowds of skiers from France and abroad were allowed to travel to those regions.

"Obviously we really want a reopening, but not at the cost of endangering public health," Jean-Luc Boch, president of the ANMSM association of mountain resort mayors, told AFP.

France totals 350 ski resorts employing 120,000 people during the high season and generating an estimated 10 billion euros of income each year.