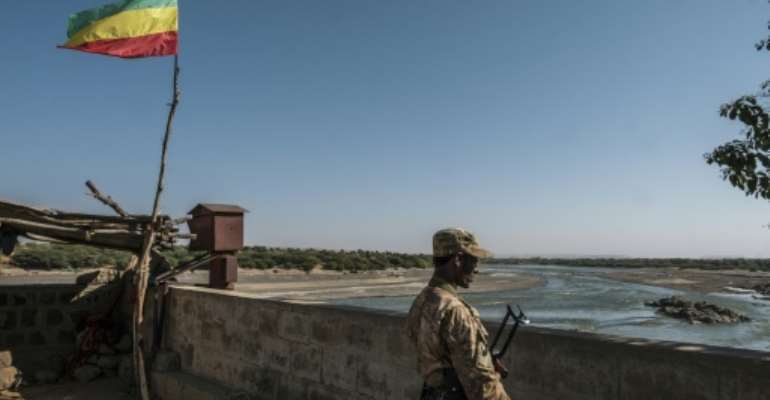 European members forced the closed-door discussion to be held after African countries pulled out of organizing the meeting at short notice, highlighting divisions over Security Council action on the three weeks of fighting.

"South Africa asked for time so that the envoys can conduct their consultations and refer the matter to the African Union. A statement could complicate the situation," an African diplomat said after the session.

A European diplomat, also speaking on condition of anonymity, said the Europeans "expressed their concerns, condemned violence of an ethnic nature and demanded protection of civilians," during the session that lasted one hour 20 minutes.

France, Britain, Belgium, Germany and Estonia -- backed by the United States -- announced the virtual meeting after South Africa, Niger, Tunisia and Saint Vincent and the Grenadines withdrew their request because envoys have yet to travel to Ethiopia.

"At a certain moment, we have to put it on the agenda, even if the Africans don't like it," a European diplomat told AFP on condition of anonymity.

The African Union announced on Friday that three former presidents had been appointed as special envoys to Ethiopia to help mediation efforts between the conflicting parties.

Asked about the Security Council's lack of decision action, a UN spokesman said Secretary General Antonio Guterres supported the African Union being at the forefront of international efforts.

Ethiopia's Prime Minister Abiy Ahmed has ordered the leaders of the northern region of Tigray to surrender ahead of a threatened all-out assault on its capital, Mekele.

Abiy launched the military campaign against the Tigray People's Liberation Front (TPLF) on November 4, accusing it of attacking two federal military camps in the region, and of seeking to destabilize his government.

Hundreds of people are reported to have been killed, but a communications blackout has made claims from both sides difficult to verify.

Guterres last week called for the opening of humanitarian corridors to assist civilians caught in the fighting, noting that authorities had so far rejected attempts at mediation.

Over 40,000 Ethiopians have fled to neighboring Sudan, the UN's refugee agency said Monday.

Why are you refusing to obey the orders of the Court ? — Jus...
42 minutes ago