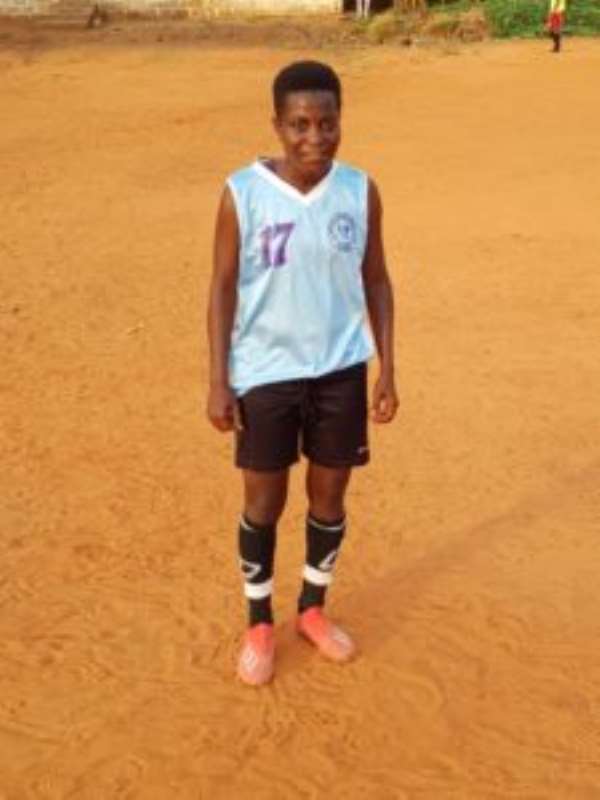 Young female footballer Nhyiraba Arthur has made a revelation that she had had to beg for money to buy sanitary pads during her time of the month.

The young midfielder playing for Ideal ladies based in North Kaneshie has for the past five years been abandoned by her parents because she decided to follow her dreams of becoming a top female footballer.

Women's football has over the years suffered from ill perception with most parents always preventing their female children from playing football. It seems Nhyiraba Arthur has become one of many victims who had to suffer from this wrong perception of their parents or guardian.

Speaking to Untold-stories TV GH, the 15-year-old revealed that though the officials of Ideal Ladies FC together with some of her colleagues, she has have been getting some monies.

According to her, she sometimes had to beg on the streets to get money to feed or even buy sanitary pads at the end of the month.

"I sometimes feel so sad because even when most of my colleagues are talking about their families, I can't comment because my family have abandoned me all because I chose to play football.

"Our team officials are trying their best but it's very difficult for me because sometimes, I have to beg on the streets to get money to buy sanitary pads when my menstrual cycle is due but I won't quit since I know that I will become a great footballer soon," she narrated.

According to her, she is determined to succeed in her chosen career and not give up despite the challenges she is facing.

"It has come in mind severally to stop football and go back home, but that will mean I have failed myself. I want to succeed before going back home so my parents will be proud of me," she added.