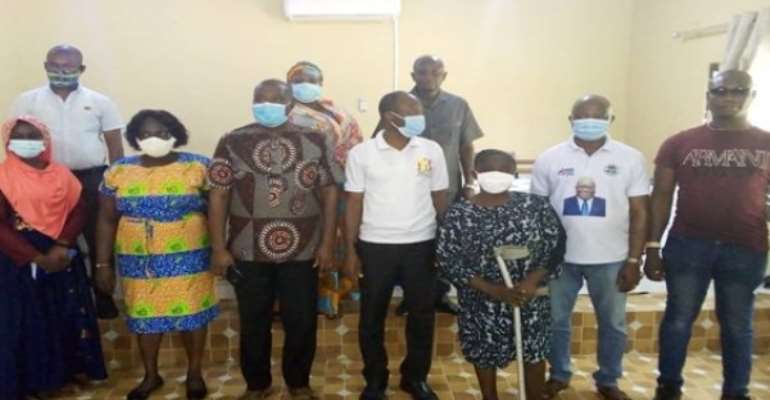 The National Commission for Civic Education (NCCE) has advised political party supporters not to mass up at polling stations after voting.

They should also not usurp the duties of accredited polling agents and create unnecessary tension at polling stations.

Mr Patrick Asare, Head of Programmes of the National Commission for Civic Education (NCCE) in the Asante-Akim South Municipality, who gave the advice, said it was the civic duty of the electorate to observe all the electoral rules for a successful election.

He was speaking at a meeting of the Inter-Party Dialogue Committee (IPDC) as part of efforts to ensure a peaceful election in the Municipality.

Chaired by the Municipal Coordinating Director, Mr Fredrick Agyemang, the Committee was formed by the NCCE to allow key stakeholders to discuss issues concerning the upcoming election.

Mr Asare called for political tolerance and urged the leadership of political parties to show the way for the followers to emulate.

He entreated the parties to put Ghana first in their activities and reminded them that their actions and inactions could trigger violence in the country.

Mr Gaston Defoe, the Municipal Director of the NCCE, asked the members of the IPDC to show commitment to the mandate of the committee in resolving electoral issues amicably and expeditiously.

He said Ghana had a reputation to protect as one of the most stable democracies in Sub-Saharan Africa and called on stakeholders to ensure a peaceful election.

The NCCE, he noted, would continue to engage the public on political tolerance and urged the clergy and Imams to join the campaign by using their platforms to preach peace ahead of the elections.

Mr Fredrick Agyemang, Chairman of the IPDC, said every well-meaning Ghanaian had a stake in the election and that it was important for all to commit to a peaceful election.