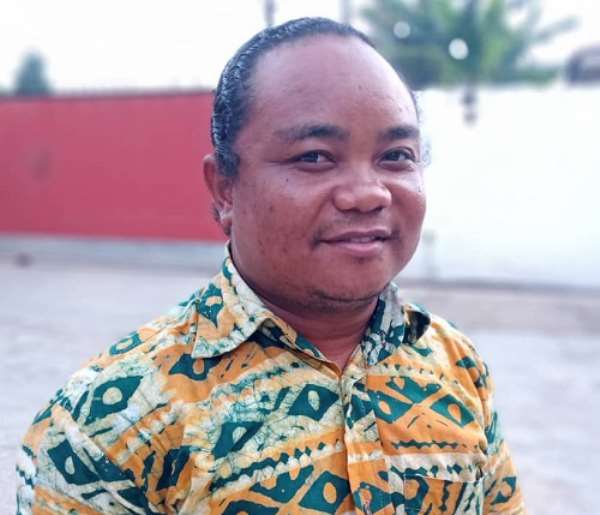 Charles Kwabena Cheng Hungwai is a member of a new generation of Ghanaians with Chinese ancestry. Born in Accra New Town in Accra to a Chinese father and a Ghanaian mother who hails from Aflao, Charles manifests both Chinese and Ghanaian features.

With a flat nose, fair, glossy hair which he ties for convenience, he would pass for an Asian from Laos, Vietman, until he starts speaking flawless Ewe, Twi, Ga and English; of course with Ghanaian diction.

His father Man-Fu Cheng came to Ghana to work for the Chinese Dynasty Restaurantuntil he exited the country for home. His mother is Comfort Ama.

“My father was an engineer with the Assene Enamel Ware Company owned by the owners of the Chinese Dynasty Restaurant in Accra,” he said.

Unfortunately,Charles doesn't have any link with his Chinese father anymore.

“Aflao is my hometown,” he said with pride during his interview with DAILY GUIDE.

He still remembers some of the challenges he has encountered because of his Chinese features. “At school I secured a scholarship, but the authorities managing the scheme questioned my nationality. It was one of the teachers who advised me to go for a documentation attesting to my Ghanaian citizenship,” he said.

He recalls his mother accompanying him to go and vote during the 2016 elections, fearing that he would be challenged over his Ghanaian nationality.

Charles deservingly possesses all citizenship documents because he satisfies all the requirements.

It would be recalled some mischief-makers posted his picture and voter identification card on social media in an unproductive effort to create the impression that a Chinese had been issued the voter documentation. It turned out that Charles is not a Chinese but a bona fide Ghanaian.

A very smart guy, he lives beyondAmasaman where he breeds exotic dogs on commercial basis.

Always smiling, he said he knows others who share his features. “I know of other Ghanaians with Chinese fathers. They are three males and two females and I have their phone numbers,” he said.