Let Them Not Dare 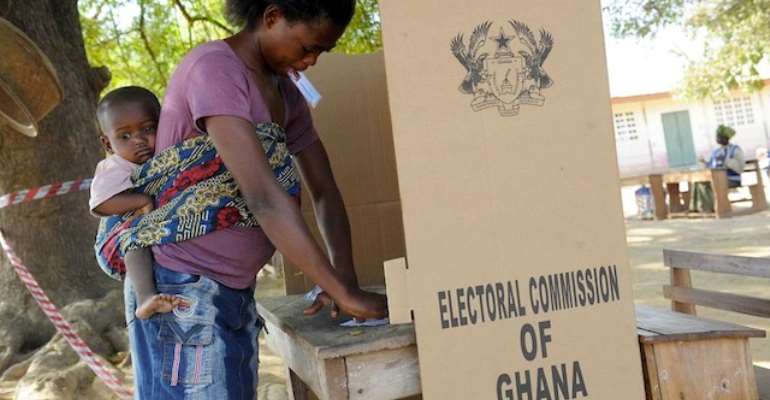 The security cover for the December 7 polls must of course be airtight. The Ofosu-Ampofo leaked audio and the body language of some opposition elements both suggest that 'overt' and 'covert' operations have been lined up for the D-Day.

With the element of surprise now completely lost, only foolhardiness will push young men to agree to the terms of bad politicians, one of which is the throwing of spanners into the works of the management of the polls on December 7.

So far the orders have been issued to those who will be executing the security operations on the ground.

The hooligans will be confronting the awesome powers of the state if they ignore the warning not to try anything sinister on December 7.

Parents, opinion and religious leaders in the communities should counsel the youth not to agree to do the bidding of bad politicians on Election Day.

Nobody should attempt snatching ballot boxes or even stopping voters from exercising their civic responsibilities because they will fail and the law will deal with them without favour.

Elections are critical components of democracies everywhere in the world. We will therefore, having come this far in this journey, not allow a few irresponsible and wayward chaps to draw us back.

We have listened to the Ghana Armed Forces who after taking reporters through the fundamentals of military reporting, recently spelt out the mode of their support to the civilian police.

The nature of the election security operations leaves us in no doubt that Ghana will witness safe election. The fear mongers had better stopped their campaign because Ghana had grown past that notch in her history when hoodlums could order the stoppage of the electoral process in some constituencies.

Considering the high stakes in the December 7 polls and how attempts at causing trouble cannot be ruled out, there could not have been a better security arrangement for the national assignment.

The military and the police with their experience in peacekeeping duties outside the country are in a better position to deal with emergency situations deliberately created by miscreants.

We call for a seamless coordination between officials of the Electoral Commission (EC) and the security agents who would be deployed on Election Day.

Denying the hooligans the chance to interrupt the voting process, securing electoral materials and personnel officiating the process including voters is an order which the security agents will carry out to the letter.

As President Akufo-Addo promised the nation and the international community recently, Ghana would witness uneventful elections.

Let all registered voters go out and vote because that is their civic responsibility. It is the duty of the state to protect all citizens all the time, including during elections.