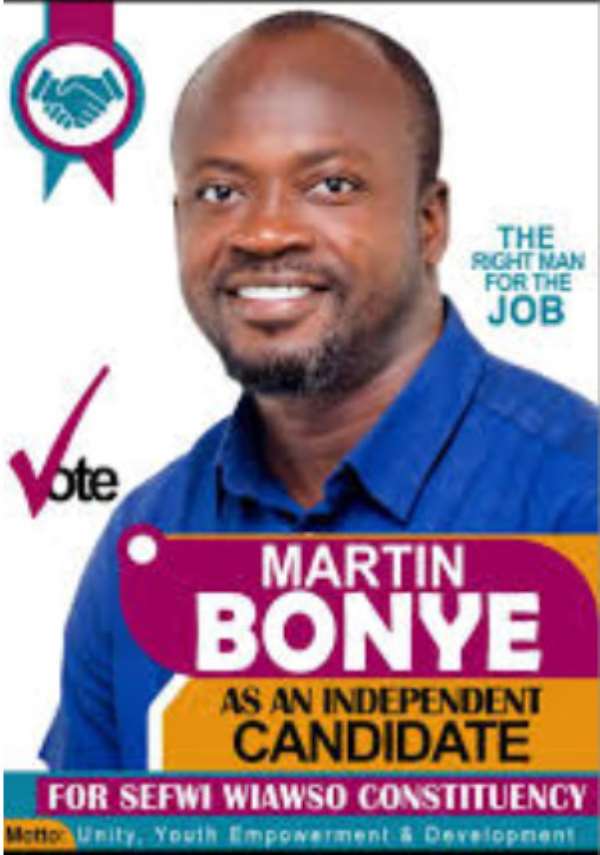 Hon Martin Kofi Bonye, the independent parliamentary candidate in the Sefwi Wiawso constituency of the Western North Region has disclosed that the only thing that could exceed his tolerance in the upcoming polls is election rigging.

He said rigging an election is the key factor to cause violence which can eventually disrupt the peace of the country, hence, the electoral commission should ensure free and fair elections in the December polls.

“Every individual has his or her limit in terms of tolerance and the only thing I cannot tolerate on this earth is election rigging which can lead to violence because I am an Ambassador of peace” he stated.

He made this disclosure in an interview with Pollo Esposito on DBDB morning show on De Beat FM as part of his peace message.

He, therefore, called on electorates to vote massively for him come December 7 to drive the development of the Sefwi Wiawso constituency.