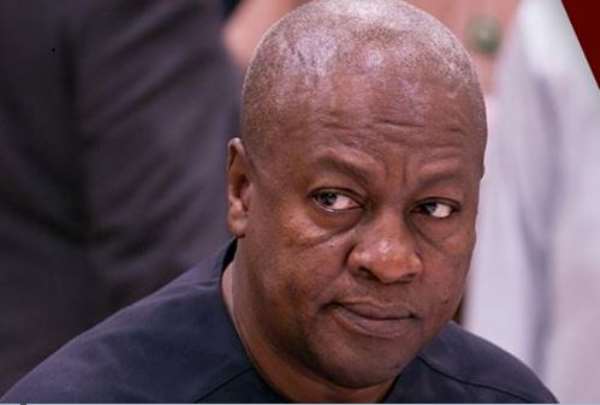 The opposition National Democratic Party (NDP) has accused Mahama and the NDC of conducting themselves in a manner that seeks to rob the late President of a befitting State burial.

The NDC noted that the Mahama-led NDC has marshalled all forces within the party to hurt Jerry Rawlings and kill his soul when he was alive.

Speaking at a news conference in Accra, Alhaji Frimpong, the General Secretary of the NDP say he finds it strange that the NDC, in the aftermath of Rawlings’s death would attempt to square off with government and the Rawlings family over who has the right to conduct his funeral rites all in an attempt to score cheap political points ahead of the December 7 general elections.

He stated, “The most unfortunate aspect of this development is that in an attempt to unduly benefit from his demise, the leadership of the NDC are embroiled in a desperate battle against the State and the Rawlings family over who has the right to conduct the funeral rites of the late President."

He argued that, “What they do not know or perhaps have deliberately overlooked is the fact that they are robbing the late President of a befitting send-off. Or maybe that is what they want. They desperately want to reduce his send-off from a befitting state burial to a party funeral just so they can benefit politically.”

Mr Frimpong indicated that the NDC’s petty fight over the book of condolence which compelled them to use a reception logbook as a book of condolence at the party office is yet again, a demonstration of their contempt for the late president.

“And now, the NDC which was fighting over a Book of Condolence ended up restating their contempt for President Rawlings by using a reception logbook as a book of condolence at their party office."

Police to fight crime with dogs
36 minutes ago