The perils of mixing music and politics in Nigeria 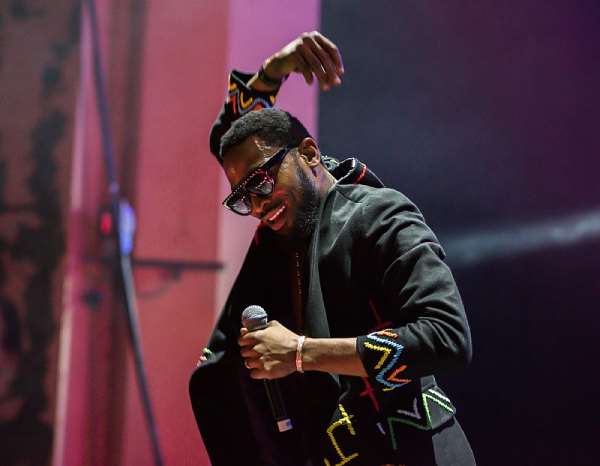 Musicians play a prominent role in Nigeria's dynamic political landscape, especially since the country became a democracy. Politics and music have always enjoyed a symbiotic relationship, even during austere military regimes. For example, in 1995, the late dictator, General Sani Abacha (1993-1998) commissioned highlife maestro, King Oliver de Coque to record an album titled Democracy . The project was designed to launder his image, and position him as an aspiring democratic president.

Popular musicians endorsing politicians and their parties are common in Nigeria during elections. One particular episode stands for its post-electoral significance. Local pop star D'banj got into bed with a former president, Goodluck Jonathan, who ruled Nigeria from 2010 to 2015. Jonathan took power in 2010 after the death of the incumbent, and went on to win a presidential election held in 2011.

During his campaign, Jonathan ducked multiple debates, choosing instead to organise a special live interview. D'banj was contracted as the celebrity interviewer to help cast Jonathan in good light. The singer only asked three prearranged questions, curated to improve the president's chances at the polls.

That performance negatively affected D'banj's reputation. The interview offended Nigerians and, before long, calls to boycott D'banj's music gathered steam. The controversy affected D'banj, who needed an inventive damage control strategy to bring the public around.

He succeeded. All was forgiven a year later, when D'banj released the smash hit Oliver Twist . The party record completely turned around the singer's fortunes and pulled him back into public favour. Barely six months after the elections which Jonathan won, all was well with D'banj's world.

In my paper , I unpack these events. I highlight the nexus between music and politics in Nigeria, exploring how corruptible art is, and the fickle nature of public opinion.

From D'banj to Oliver Twist

D'banj dropped his debut album No Long Thing in 2005. Two years later, he won Best African Act at the MTV Europe Music Awards and also became MTV Africa's Artiste of the Year in 2008 and 2009. Now with five recorded pop albums, 2010 marked his entrance into and his first involvement in the political space. Nigeria's ex-President Goodluck Jonathan casts his ballot in a local election. Stringer/AFP/Getty

Soaring high with a growing loyal fanbase across Africa, he was prime choice for politicians looking to sway public opinion. D'banj was signed on to President Jonathan's reelection efforts, starred in a promo jingle, and conducted the interview.

During the fallout from his political involvement, he recorded the single Oliver Twist, to manage the damage.

In Oliver Twist, D'banj deploys the cultural symbolism of namedropping to connect with fans. Each of the twelve names mentioned in the song lyrics belong to black luminaries. Beyoncé, Nicki Minaj and Rihanna are American cultural icons, while Omotola Jalade-Ekeinde, Genevieve Nnaji and Nadia Buari are African actresses. Others include Don Jazzy, 2face Idibia, Fally Ipupa, Trey Songz and JAY-Z.

D'banj also launched an Oliver Twist dance video competition on his website to gauge the public mood towards him. The competition was an overwhelming success and the song crossed over into the United Kingdom and became a global hit.

A people obsessed with the foreign

Among other things, the recent #EndSARS protests has shown that Nigerian leaders and celebrities are obsessed with international media. After all, the average Nigerian loves to seek validation from the 'international community'.

The reception of Oliver Twist in 2011 and 2012 also drew from this foreign fascination. The Nigerian audiences' obsession with the dance competition getting global recognition, made them forget all that had transpired in the buildup to the elections. To the public, all that mattered was uploading dance videos for international audiences.

In the official music video, D'banj featured a cast of American and British acts, including Kanye West and Bricka Bricka. On the surface, it appeared the singer had scored a masterstroke in public manipulation. But all he had done was take advantage of Nigeria's fascination with Western validation.

Garhe Osiebe does not work for, consult, own shares in or receive funding from any company or organisation that would benefit from this article, and has disclosed no relevant affiliations beyond their academic appointment.