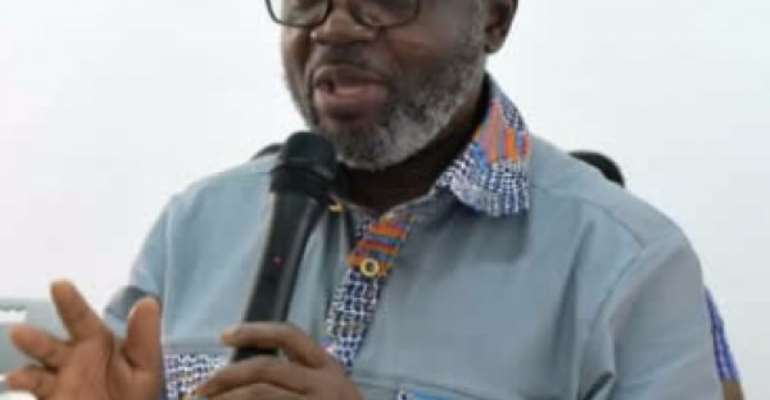 Dr Anthony Nsiah-Assre, Presidential Advisor of Health has said government campaign promises for nurses and midwives prior to the 2016 elections were fulfilled and delivered.

He said restoration of allowances and employing the chunk of backlog of graduate nurses and midwives from the 2012 were dutifully honoured.

He said 50, 588 graduates were given financial clearance in the scheme of things.

The Presidential Advisor disclosed the agenda 2020 Beyond held lots of prospects for the sector restoring the nurses waiver on vehicles and completing all existing infrastructure across the country.

He said the sector would implement a smart digitisation of all processes and procedures, harmonise its functions and expand human resource base to streamline, recruit and retrain professionals to sharpen their skills.

On its radar, he said was to use electronic placement procedures especially on the scheme of service with emphasis on postings to rural and deprived areas to attract special incentives.

He urged the over 1,500 participants to lead the charge to educate the electorates in the re-election bid of President Akufo-Addo taking the messages to the cottages, villages and even consulting rooms and clinics.

He disclosed the "President deserves four more years. Send the message to every cottage, village, consulting rooms and markets. Tell them your experiences."

Mr Pius Enam Hadzide, Deputy Minister of Information lamented the Volta Region stood accused of not producing any Member of Parliament on the ticket of the New Patriotic Party since the coming into effect of the fourth Republican Constitution.

He said even in the Savanna, Ashanti and the rest of the regions the NPP as well as the NDC have shared seats across except in the Volta, but believed the tide was likely to change in two weeks' time.

He reminded the participants of desperate agenda of character assassination, outright lies and fabrications brewed in the pot of propaganda to confuse the electorates as orchestrated in 2008 and repeated in 2012, that this time around it won't fly.

He said documents available to government showed that funding for the key hospitals were secured by Ex-President Kufuor.

He said the scrapping of the teacher's and nurse's allowance by Mr Mahama was insensitive.

He described Mr Mahama as inconsistent with issues of national interest especially matters on the Free SHS, which he initially insinuated would only be undertaken after 20 years then now expressing interest to fine-tune and work to remove double track.

Dr Ezekiel Agyekum-Obeng, NPP Medical Outreach Team Leader said the relations between health professionals including nurses and midwives under the NPP led government was deepened and could inure electoral votes.

Dr Lydia Baaba Dsane Selby, CEO of National Health Insurance Authority (NHIA) disclosed that Ghana's model of the NHIS was studied at the Harvard University in Britain, a conviction of its validity and time-tested concepts of access, personnel, equipment and quality service delivery.

She said there were 13.3 active subscribers on the NHIS, which currently held a total of 23.3 million with valid identification cards.

She said the NHIS card was interfaced with the Ghana Card with renewal of NHIS cards digitised.

Dr Dsane Selby said the NPP government was on course to deliver prompt healthcare to Ghanaians to avoid the group that established capitation, failing to implement a one-time NHIS payment and thinking of establishing a free primary healthcare.

She said a primary healthcare system was as old as the colonial era with the NPP using smart innovations and means for the population to access quality healthcare at all levels.

He said six District and a Regional hospitals would be built.