Thank You For Delivering Your Promises—Nawuri, Nchumuru Chiefs To Akufo-Addo 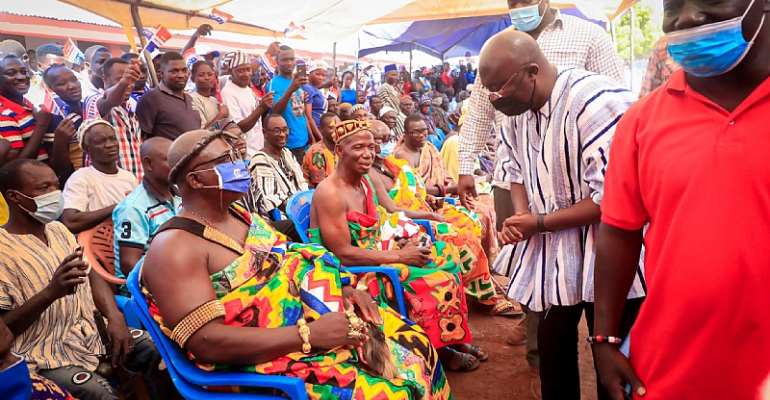 The Chiefs and People of Nawuri and Nchumuru Traditional Areas have hailed President Nana Addo Dankwa Akufo-Addo for honouring his campaign promises to them.

They expressed their heartfelt appreciation to the government of the New Patriotic Party (NPP) for not denying the Kpandai District of their share of the national cake.

At the Commissioning of the first-ever nursing training college in the district, the chiefs could not hide their joy in the numerous developmental projects embarked on by the current administration, with some at various advanced stages of completion.

They said “During the visit of His Excellency the President Nana Addo Dankwa Akufo-Addo last year, he made a number of refreshing promises to us. As we speak today, some of the promises have been delivered and others are being delivered”

“Your Excellency we cannot but say a very big thank you to your government for ensuring that this district is also benefiting from the national cake. It is our hope and prayer that the good people of Ghana will massively renew your mandate on December 7, 2020, so that you can complete all ongoing projects and also continue your good works for the people of this country”, they stressed.

Meanwhile, they are appealing to the President to help elevate the Nawuiwura and Nanjuwura stools into a paramountcy status indicating that process has already started.

“Our single most pressing request as people of this district as of now is the elevation of the Nawuiwura and Nanjuwura stools to paramountcy status. We have kick-started the processes. However, it is our hope that when the need arises, we can rely on your good self and the government to facilitate the process for us”, he appealed. 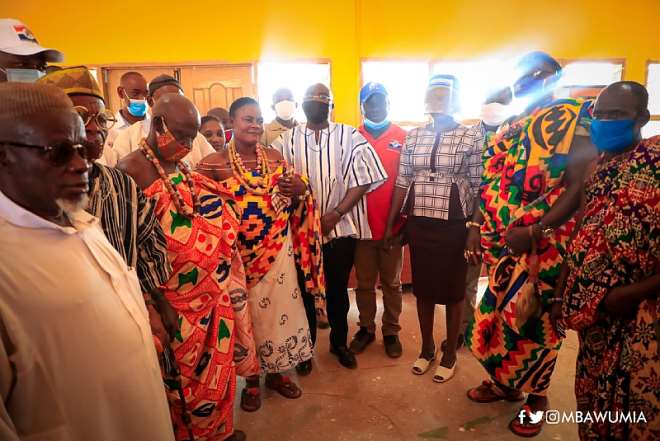