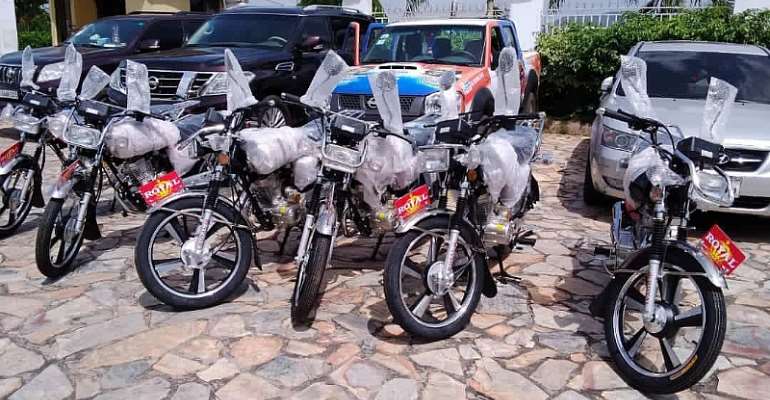 The gesture was to encourage the team members to work hard to win orphan constituencies as well as renew the mandate of President, Nana Addo Dankwa Akufo-Addo.

Presenting the motorbikes at a short ceremony where the National Chairman of the Party, Freddie Blay was present, Mr Asamoah said he was hopeful of the party’s success in the upcoming general elections.

He noted that members should be supported to play their roles very well hence the donation of the motorbikes to allow the party to reach remote communities.

Mr Asamoah expressed his commitment to helping any way he could to push the NPP agenda for another term in office for its candidates.

The business executive who contested the recent NPP parliamentary primary in Asamankese said, it was important that anyone who lost internal elections do well to contribute any way he or she could to support the party realize its collective goal.

He stressed that the Nana Addo Dankwa Akufo-Addo government deserved another term to carry out the transformational agenda it started from 2017.

Mr Asamoah holds several positions in the NPP including, member of Eastern Regional Council of patrons as well as a member of Aspirants United For Victory (AUFV).

The bikes, the regional minister intimated, would be used by the campaign team to reach out to people in hinterlands with the NPP message.

On his part, Eastern Regional Chairman of the NPP, Kingston Kissi commended the NPP member for the gesture.

He asked that other aspirants and party members emulate the example of the business executive and provide support to enable the party to finish its campaign in grand style.