Museveni may be old but his guerrilla tactics are still effective! 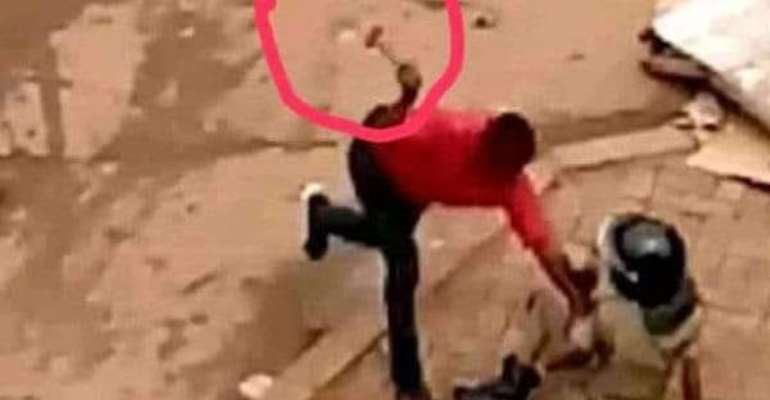 I may be wrong about this, but I do not think that was a NUP supporter pouncing on a female police officer putting out fire in the middle of the road. This was risky for anybody to do however upset one was about the arrest of Bobi Wine. Putting on red put one in a crossfire from the security agents on that day, just as yellow made one a target by NUP supporters. So, it would not make sense for one to openly attack a policeman knowing very well that one could be shot any second.

Secondly, NRM/A have been known since the bush days to dress in the same way as the enemy to commit atrocities. They reportedly used to dress in UNLA uniforms, commit atrocities, and it would be blamed on Obote’s government. So, we cannot really be sure that those that reportedly committed atrocities during the last two days of riots belonged to the opposition till we see them found guilty and put away in prison.

I have also seen pictures of gun-wielding men and women in plain clothes on the streets of Kampala, apparently keeping law and order. This is again a clever tactic that helps Museveni to quarry away the protests in the most sophisticated way possible. First, when you are dressed like that (without a recognizable uniform or identity card), it is easy to commit an atrocity in front of a camera, and then its blamed on the rioters or protesters. It is also another way of infiltrating the protesters. All you need is to hide your gun and lead them into an ambush. All you need is to camouflage yourself so effectively that the enemy does not notice you approaching. And in case of danger, it becomes easy to gel in—all you need is to hide the gun somewhere and join the protesters.

These are basically part of the guerrilla tactics the NRA used in its fight against Obote, and they are still effective against Bobi Wine’s ‘Rabada-gheto’ style. As Major Kenneth Ruhinda once said, ‘‘Guerrillas don’t die easily. We used guerrilla tactics way of fighting. You just go and snipe at one soldier who is on sentry meeting and then you disappear into the forest for a week. Just kill one. But then he demoralizes the rest. Somebody who has gone to fetch water from the borehole, you aim at him, shoot him, and then you disappear. These are guerrilla tactics of fighting. So that your job is to reduce the numbers of the enemy but to preserve yourself. Preservation of the self is most important in a guerrilla war’’

This is part of the NRA’s guerrilla myth, which has its roots in the classical political writings on guerrilla warfare, for example, by Mao Zedong.

However, I do not understand why Museveni has found it more appealing to make the same mistakes Obote did in the 1980s by openly killing civilians who don’t want him in power anymore. He is basically recruiting for the opposition now and in future—regardless of the fact that none of the opposition leaders is going to be declared president at the end of this electoral process. In the words of Mugishu Muntu, who was later Commander of the NRA, and now in opposition: “The main recruiting officer for NRA was Obote himself.”

On a bright side, FDC and Besigye’s people’s government are on course to drag Museveni into the International Criminal Court, though I think it’s a long way—there’s a lot of legal rigmarole involved.

Moving forward, the opposition should sit down together and work out both short and long term plans on how to get power. None of them is prepared for the 2021 elections—sometimes people think they’re prepared but they’re not.