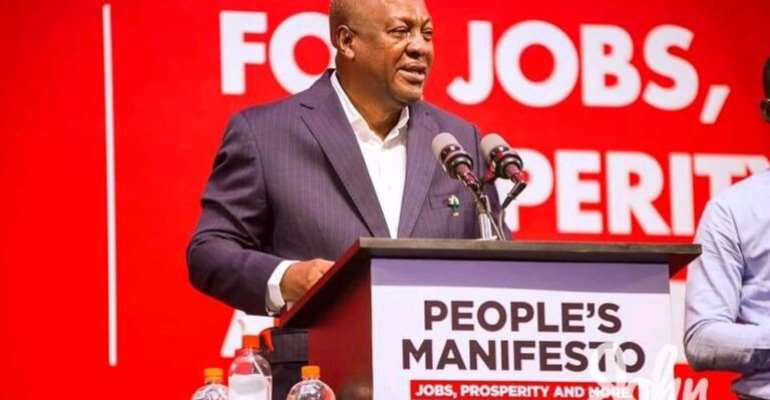 “Government will leverage on the tax reliefs to help young entrepreneurs start their businesses, and support existing businesses to expand and employ more,” the former President wrote on his Facebook page.

He added “We will through the implementation of our $10 billion Big Push investment in infrastructure also provide more job opportunities across sectors.

“Our focus will remain on Jobs, delivering one million decent and sustainable jobs in the next four years.”

The former President also says he will implement his promised Free Primary Healthcare within one year of being in office if he wins the December polls.

According to him, the objective to extend quality health care to all Ghanaians regardless of their economic status.

The former President made the Promise when he spoke at a community engagement at Agogo in the Ashanti region.

Low remuneration of bankers could cause some bankers to leak...
28 minutes ago

We'll not allow this old man Akufo-Addo and his old men gov'...
55 minutes ago