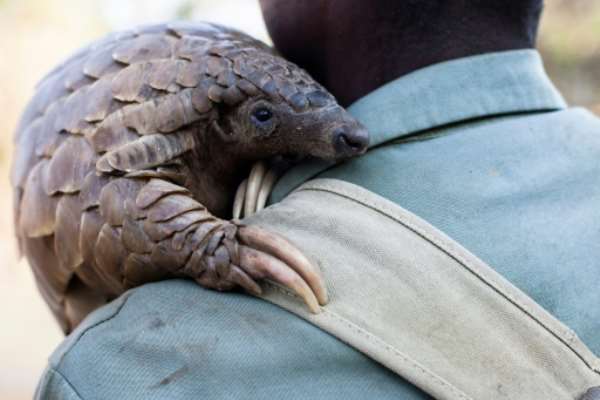 This revelation comes at a time when G20 Summit Leaders convene to deliberate on international economic cooperation as the world is still in the grip of the COVID-19 pandemic, believed to have resulted from the wildlife trade.

The cruel trade in wild animals sees animals removed from their natural environments or commercially “farmed”, exposing them to stress and suffering creating a hotbed for disease.

Most recently, over 200 cases of coronavirus have been linked to sick mink on fur farms in Denmark, according to data released by the country’s public health agency [1] .

Alarmingly, the threat from mink farms is spreading in Spain, Poland, France, Greece, Sweden, Italy, Netherlands and the United States [2] .

Wild animals are often traded for “exotic” pets, fashion, entertainment, luxury food, and traditional medicine. The wildlife trade is now so substantial that it represents one of the most prominent drivers of animal extinction risk globally.

The threat of zoonotic diseases is very real. Wild animals to small reptiles, insects and bats are exploited legally and illegally in the wildlife trade - and many major disease outbreaks can be linked to human-animal contact, including Ebola and HIV.

The illegal trade is worth billions, and the legal trade is estimated to be much more. Governments and those involved in the wildlife trade are currently placing short-term profit over the health and welfare of animals, people, the environment and the wider economy.

“G20 leaders have an opportunity to end the global wildlife trade. Forever.

“COVID-19 is the single worst pandemic that we have faced in our lifetime this century, and it is the result of cruelly exploiting wildlife. We need to focus on tackling the root cause, resetting the balance between people and animals and ending the commercial trade in wildlife –it’s an opportunity that cannot be squandered.

“The fate of animals, people, and our global economy rests in the hands of the G20 who are presented with a momentous opportunity – to end the global wildlife trade, forever.

“Although economics should not be the only reason for a global wildlife trade ban, the cost is huge when contrasted with the short-term profits made from the trade. The global wildlife trade poses a significant ongoing risk, likely to cause future pandemics, which will have negative repercussions on the global economy, human health, and animal welfare”

World Animal Protection is calling for the G20 to make a collective commitment to end the inter-country trade in wild animals and wild animal products and to ask for global institutions and bodies to put in place mechanisms to develop, facilitate and implement this ban.