By Cristiano d'Orsi - The Conversation 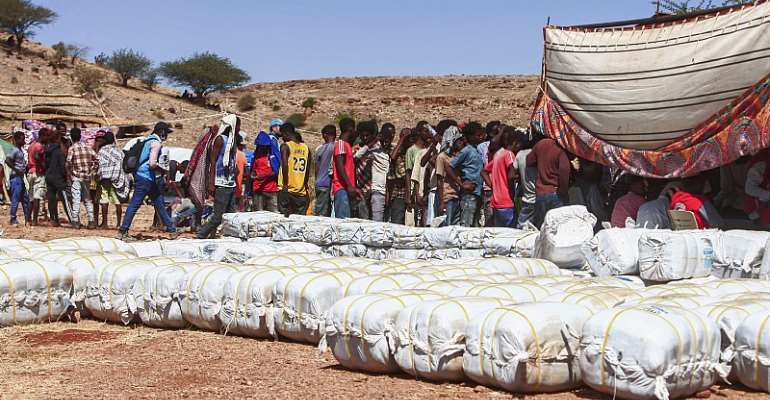 This came after months of rising tensions between the front and the Abiy administration.

The conflict threatens to have wide implications for the region, which has been trying to manage unresolved refugee crises for over a decade. The fighting has already prompted tens of thousands of people to flee to safety, raising concerns about a humanitarian crisis. Some have left Tigray and crossed the border into Sudan . Some have gone to other regions in Ethiopia.

Ethiopia was hosting 733,125 refugees by the end of 2019. It also has one of the largest populations of internally displaced people in Africa – more than 1.8 million this year. And in 2019 Ethiopia had the largest number of registered unaccompanied and separated children in the world.

Ethiopia has a long history of hosting refugees and maintains an open-door asylum policy. But most of its refugees are accommodated in 26 camps with limited services and opportunities. They depend largely on humanitarian assistance.

Sudan also has a tradition of hosting refugees. For decades, it has kept its doors open to people fleeing war, hunger and hardship. At the same time, hundreds of thousands of Sudanese have sought refuge elsewhere and there are 2.1 million internally displaced people in Sudan. In the first half of this year there were 39,000 new displacements associated with conflict and violence.

The conflict in Tigray is forcing people to cross borders, or to seek refuge elsewhere in their own country.

The latest estimates are that 27,000 Ethiopians have journeyed to Sudan through the Hamdayet border in Kassala State, Lugdi in Gedaref State and further south at Aderafi border.

Women, men and children have been crossing the border at the rate of 4,000 per day since 10 November, rapidly overwhelming the humanitarian response capacity on the ground. The United Nations refugee agency is warning that a humanitarian crisis is unfolding.

This is the worst influx into Sudan in 20 years , since about 80,000 Eritrean refugees arrived in 2000 to escape their country's war with Ethiopia.

Sudan's 1.1 million refugees live in camps, rural out-of-camp settlements, and urban areas . Over half of those living in the country's 21 camps were born there.

Many out-of-camp settlements are in remote and underdeveloped areas, where resources, infrastructure and basic services are extremely limited.

So far the United Nations' refugee agency has managed to relocate 2,500 refugees from the border to the Um Raquba settlement site in eastern Sudan. But there is a need to identify more sites and provide food, water, and health services immediately.

The conflict is also affecting the nearly 100,000 Eritrean refugees in Tigray. These refugees, some of whom fled their country when war broke out with Ethiopia in 1998, rely on assistance from the UN refugee agency and its partners. Other Eritrean arrivals are escaping government persecution or unemployment, or reuniting with family.

The fighting between central government forces and Tigray forces has moved closer to the Shimelba refugee camp, which was set up in 2004, and currently hosts 6,500 Eritrean refugees.

This has raised concerns of mass displacement from the camp. Refugees have already begun arriving at the Hitsats camp, 50km away from Shimelba.

Refugees can still access the four refugee camps in Tigray, namely Adi Harush, Hitsats, Mai-Aini and Shimelba, where basic services are still available. However, due to security concerns the number of staff serving the camps has been reduced, with day field missions only.

The numbers of internally displaced persons is also growing daily. They are currently estimated to be 100,000 , stretching an already burdened humanitarian response framework.

In Tigray itself, the lack of electricity, access to telecommunications, fuel and cash is hindering the humanitarian response. It has been difficult to move goods in and out of the region .

Sudan as a host country

Sudan has a tradition of hosting refugees . It has refugees from Eritrea, Syria, Yemen, and Chad and for many of them repatriation is not an option .

In spite of this long-standing reputation, however, two days after fighting began in Tigray, Sudan announced the closure of portions of its eastern border with Ethiopia . Three border points were kept open and Ethiopian refugees continue to cross into Sudan through them.

Reports from inside Sudan indicate that border trade with Ethiopia has been restricted. Tigrayan truck drivers are being prevented from bringing their shipments into Sudan for fear that the federal authorities in Addis Ababa might implicate Sudan in the Tigrayan resistance.

Apart from Sudan, which is experiencing its own fraught political transition , Eritreans have also been affected by the fallout in neighbouring Tigray. The country has historically been at odds with the Tigray People's Liberation Front.

As efforts to manage the displacement crisis continue, it is clear that authorities in Ethiopia, Sudan, and the region need to ensure that the civilian population is protected from the fighting. Fundamental human rights must continue to apply in situations of armed conflict.

Additionally, dwellings, refuges, hospital zones and other installations used by civilians should not be the object of military operations . And critically, all parties to the conflict must comply with their obligations under international humanitarian, human rights and refugee law. This means that every effort must be made to protect civilian populations.

Under international human rights law , the Ethiopian government bears the primary responsibility to meet the needs of people on its territory.

It must move with speed to lift the broad restrictions on services and grant humanitarian agencies access to serve the affected populations and avert an imminent humanitarian crisis. The Tigray regional authorities are also responsible for addressing the necessities of people under their effective control.

Cristiano d'Orsi does not work for, consult, own shares in or receive funding from any company or organisation that would benefit from this article, and has disclosed no relevant affiliations beyond their academic appointment.