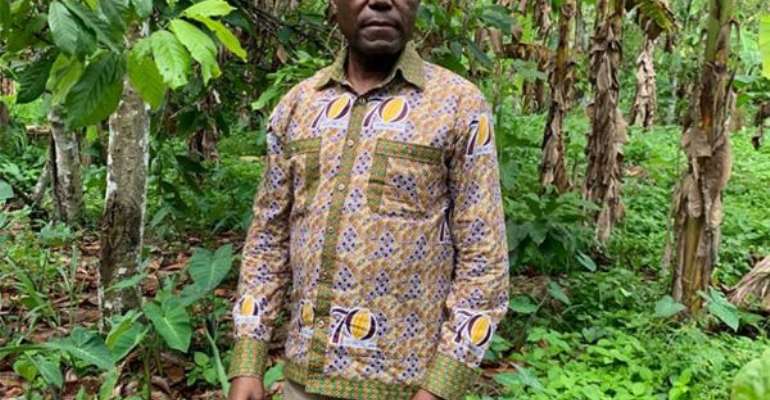 The Western Regional Youth Organiser of the ruling New Patriotic Party, Benedict Addae has commended the Chief Executive Officer of the Ghana Cocoa Board (COCOBOD) for making a stringent effort to secure cocoa farmers a new trading mechanism.

The new trading mechanism allow farmers to trade their cocoa at US$400 per tonne as Living Income Differential (LID) for every cocoa sold.

Mr Addae added that the COCOBOD boss apart from his efforts to make the cocoa sector attractive has also transformed the sector with impactful interventions.

He maintained that the reintroduction of the subsidized fertilizer programme for effective soil fertility to maximize cocoa production, mass spraying, cutting down of cocoa trees which are infected with the Cocoa Swollen Shoot Virus Disease (CSSVD) as other interventions rolled out by the COCOBOD boss to boost the production and efficiency of cocoa farmers.

The Western Regional Youth Organiser mentioned the Hand and Artificial Pollination in the cocoa industry which has increased production of cocoa pods between 250 and 300 as against 20 pods tree in the past.

According to him, under the current regime, COCOBOD is poised to make cocoa farming more mechanized than manpower.

He added that there are now motorized slashes which aim at moving farming from the old manpower system to mechanized to enable the farmers slash down labour expenses.

“Cocoa production prices this year has however been good for cocoa farmers. Even though there gas been down slides for cocoa prices, which the NPP government has maintained the producer price is at GHC 7,600 per tonne,” he stressed.

This, according to him, is the largest in the West African Sub-region.

To this end, the Western Regional Youth Organiser of the NPP said, the interventions put in place by the COCOBOD boss has made the smuggling of cocoa to neighbouring countries unattractive to the cocoa farmers.