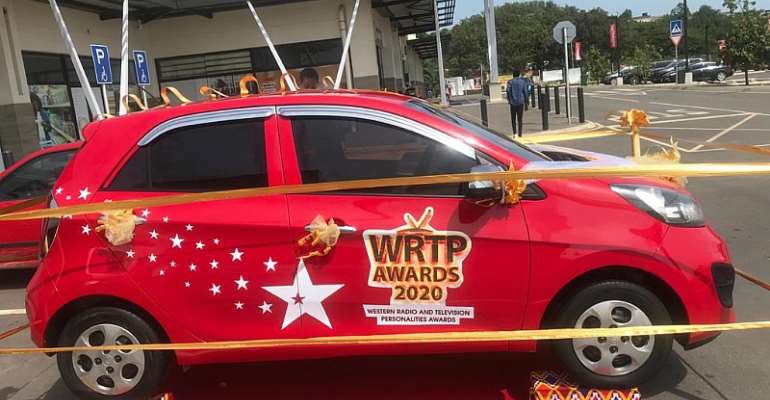 The way is cleared for the second edition of the Western Region Radio and Television Awards to take place.

The event which is organised by Ex-One Entertainment will come off on Saturday November 21, 2020 in Takoradi, Western Regional capital.

It is expected to attract a tall lists of industry professionals in the Western Region, with some picking up awards on the night.

For one to win an award, a presenter has to get votes buy texting the name to a code, which started 5th of October and expected to end on the 21st November at 6pm.

It is aimed at awarding personalities who have contributed immensely towards the development of radio and television in the Western Region over the years.

A number of artistes from the Western Region like Naf Kassi, Aziz Havoc and others are built to perform at the event.

Prizes for the event range from television sets, air-conditioners and refrigerators. The ultimate winner for the night however goes home with a brand-new saloon car.

Michael Boahene, the Public Relations Officer of Ex - One Entertainment told newsmen that, they recognize the rise of Covid -19 again, so all the protocols will be observed accordingly to protect participants.

I can’t blame my visa denial to Netherlands on anti-LGBTQ+ a...
24 minutes ago