Guardiola signs up for two more years at Manchester City 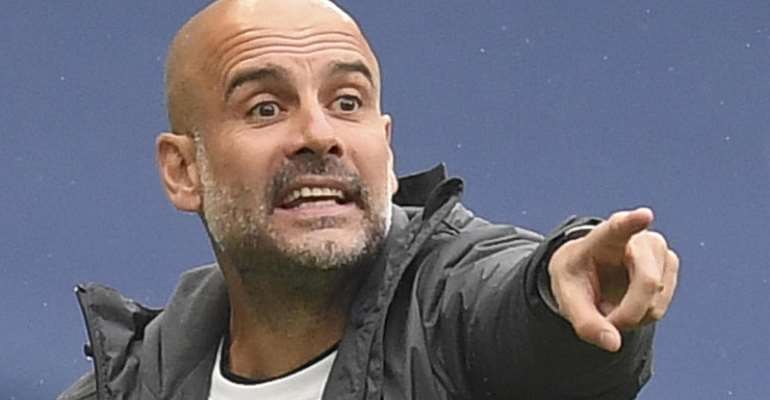 The 49-year-old Spaniard is into his fifth campaign with the Premier League outfit after four years at Barcelona and three seasons at Bayern Munich.

"Manchester City are pleased to announce that Pep Guardiola has signed a new two-year deal with the club," said a statement on City's website on Thursday.

In 2019, Manchester City became the first team to win a domestic treble of Premier League, FA Cup and League Cup.

Quest
However, City have failed to land the Champions League, a trophy Guardiola won twice while in charge at Barcelona.

"Ever since I arrived at Manchester City I have been made to feel so welcome in the club and in the city itself - from the players, the staff, the supporters, the people of Manchester and the chairman and owner," Guardiola said.

"Since then we have achieved a great deal together, scored goals, won games and trophies, and we are all very proud of that success.

"Having that kind of support is the best thing any manager can have. I have everything I could possibly want to do my job well and I am humbled by the confidence shown in me to continue for two more years after this season.

Challenge
"The challenge for us is to continue improving and evolving and I am very excited about helping Manchester City do that."

After winning the 2019 title, Jurgen Klopp's Liverpool eclipsed them to take the 2020 crown.

Following the break for international matches, City play on Saturday to Tottenham Hotspur.

"It is testament to the qualities of the man that Pep Guardiola's passion and intelligent approach are now woven into the very fabric of the football we play and our culture as a club," said City chairman Khaldoon Mubarak.

"Pep's contract extension is the natural next step in a journey which has evolved over many years.

"Importantly, it is a validation of the football structure and philosophy that has been built over more than a decade and to which he has contributed so much."