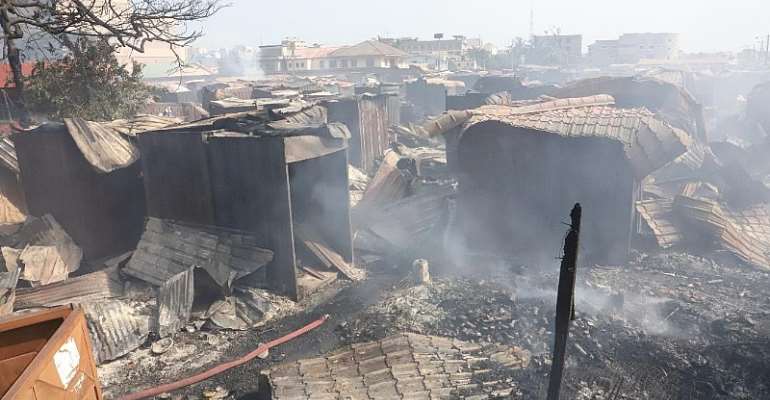 An inferno a few weeks to elections is a source of worry and a wake-up call to the relevant security agencies and the citizenry to be on their guard.

Security being a shared responsibility, citizens should not leave everything in the hands of the police but complement law enforcement efforts with necessary information about suspicious movements and other shenanigans which would be heightened as we inch towards Election Day.

We have cause to be suspicious about the Kwame Nkrumah Circle fire suspicion shared by other observant Ghanaians.

A number of suspicious occurrences have already taken place and we suspect more would be unfolded as part of a grand project.

The security agencies are doing their best to stop the dirty operations from continuing but they would need more support from their civilian counterparts to be on top of the game.

The Circle or Odawna fire might not after all be an ordinary inferno but one serving the parochial needs of some power-hungry elements.

Earlier, an attempt was made to create a semblance of insecurity in the country and turn around to blame government for being unable to protect lives and properties of the citizens.

That is why a more thorough investigation must be conducted into this fire outbreak and swiftly so, even as our eyes must be riveted on the other markets across the country.

The authorities, security agents and residents of Kumasi and the other regional capitals must be on their guard for arsons and other illegal activities intended to disrupt normal lives.

Isn't it curious that a few hours after the fire had completed its destructive mission, the campaign van of a political party had taken position at the scene and of course campaigning?

The professional fire investigators of the GNFS know it when they spot a suspicious fire such as this. We are convinced that when they look well they would come out with something stunning.

Markets should be provided with extra security at this time. We have been sufficiently forewarned, and so there is no excuse why we should not forearm ourselves.

Even state assets countrywide could be targets of these elements whose parochial interests for them supersede the national interest. Those who fall into this bracket can do anything without looking back.

That is why during these challenging moments we should be on our guard as lovers of our motherland.