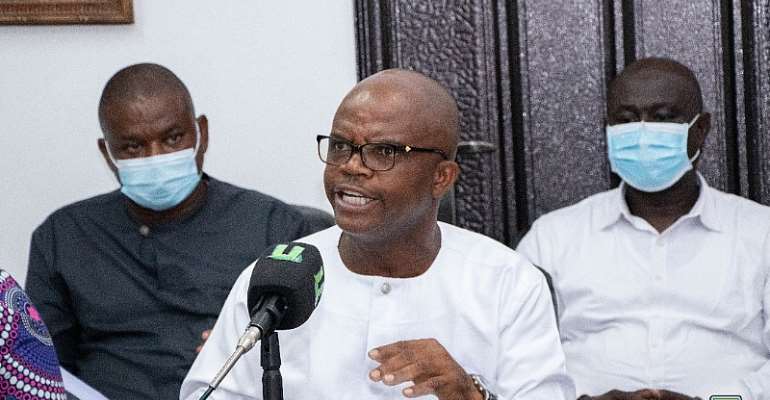 The Chief Executive Officer (CEO) of the Micro-Finance and Small Loans Centre (MASLOC), Stephen Amoah, has dismissed allegations by the opposition National Democratic Congress (NDC) that an amount of Ghc 28.8 million had been stolen under his watch at MASLOC.

Information making round on Social media has alleged the stealing of Ghc 28.8 million

But Mr Amoah in a statement to the media, said emphatically that

“Having failed in their numerous smear campaign and propaganda, the NDC through its hollow mouth piece “Operation Sting”, has yet again embarked on lies and deceit intended to throw dust into the eyes of the public.”

He stated that “The allegation of stealing Ghc 28.8 million is nothing short of a palpable falsehood meant to denigrate the hard-earned reputation of the Chief Executive Officer of MASLOC Mr. Stephen Amoah.”

“It is interesting to note that, the propaganda material which was thrown on the Social Media space lacks credibility and must be disregarded entirely,” he said.

According to him, NDC has been engaged in a smear campaign against him and his administration since he was appointed as CEO of MASLOC.

“The NDC”, he said, “has on several occasions fabricated stories to tarnish my hard-earned reputation, but has failed in their attempts.”

According to him, it all started in August 2017, when the NDC Propaganda Machinery alleged that MASLOC under my leadership had imported 1,800 second hand cars. I must state that, the Centre had at that time not imported any such cars.

Disbursement of cash in the Nhyiaeso Constituency

Again, he stated that sometime in October 2019, the NDC came up with another concocted story that he had distributed MASLOC funds to NPP supporters at the Jubilee Park in my constituency.

To begin with, the said Jubilee Park is not in the Nhyiaeso but Akwetia Line in Subin Constituency, he said, adding that the said exercise was conducted for Kumasi Central Market Women.

On 4th October 2019, the Centre distributed cash of Ghs 1,000 each to one thousand beneficiaries drawn from the Kumasi Central Market, according to him.

Mr Amoah explained that the disbursement at the Kumasi Central Market is no exception to the practice that has been in place since the inception of the Centre (2006 to date).

“In disbursements of that size, the CEO and other Senior Management are usually invited to grace the occasion. The fact remains that, this disbursement was not conducted in the Nhyiaeso Constituency where Mr. Stephen Amoah is a Parliamentary Candidate,” he clarified.

Procuring the services of Forensic Auditors

He noted that another lie the NDC Propagandist fabricated was that, the Centre procured the services of an audit firm without going through appropriate procurement process. 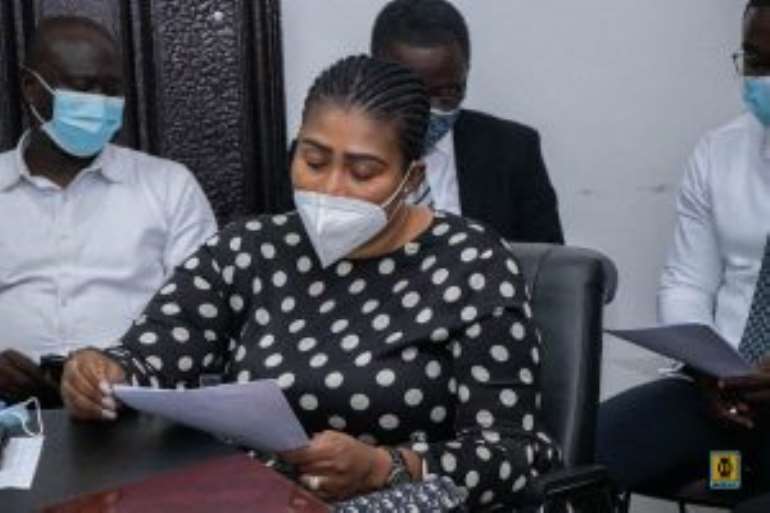 Giving the fact of the matter, he said the audit firm Barfour Awuah and Associates was appointed by Economic and Organized Crime Office (EOCO).

Distribution of Buses to NPP Chairmen

Former President and NDC Flag bearer John Mahama, he says, also engaged in a smear campaign when he accused the Akufo-Addo Government of distributing Isuzu Buses procured by MASLOC under his regime to NPP Chairmen.