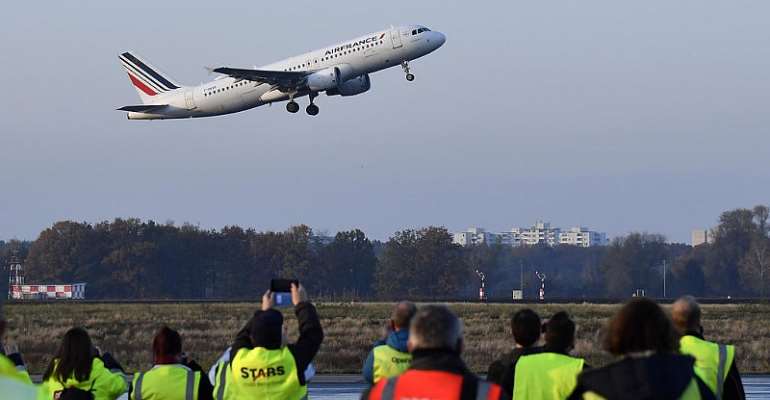 France's government has said it will continue to back the Air France-KLM alliance as needed after media reported the airline was seeking another 6 billion euros in relief funds to help it through the Covid-19 crisis.

“The state has always strongly supported Air France since the beginning of the crisis,” French government spokesperson Gabriel Attal told reporters before a cabinet meeting on Wednesday, adding the company was continuing talks with the finance ministry.

The remarks came after French newspaper Le Monde reported Tuesday that Air France-KLM was discussing plans to raise 6 billion euros from its two government shareholders and other investors.

The Franco-Dutch alliance received 10.4 billion euros in state-backed bailouts earlier this year, including 7 billion from France and 3.4 billion from the Netherlands.

Le Monde said the company was seeking another 4 billion from the governments, combining a capital injection and hybrid debt, plus another 2 billion from investors.

An Air France-KLM spokesperson said the company had no comment on the report, which cited anonymous sources.

The French and Dutch states each own about 14 percent of the group.

While shares in the company rose following recent announcements of effective candidate vaccines, the recent return to confinement and movement restrictions in France and much of Europe cast doubts on prospects for economic recovery.

The company was already expected to cut more than 7,500 jobs over the next two years it is struggles with the economic fallout of the Covid pandemic.

The 7 billion euros already granted to airline – part of a 15-billion-euro fund for a struggling aerospace industry – came with conditions on reducing emissions that environmental groups said did not go far enough.

Similar criticisms were voiced at a district court in The Hague on Wednesday as environment campaigner Greenpeace filed a lawsuit to block the 3.4 billion euros of Dutch state aid offered in June, arguing the government had failed to force the airline to make its business more sustainable.

“Climate change is dangerous and is happening now,” Greenpeace lawyer Frank Peters said at a summary hearing. “The government has missed the chance to deal with pollution caused by aviation now.”

One of the conditions for KLM to take the relief package was cutting greenhouse gas emissions per passenger to half of 2005 levels by 2030. Greenpeace argued this would not reduce total emissions if the number of passengers continued to grow.

The government argued the conditions were in line with international aviation agreements and that stricter demands could bring down the airline.

Dutch courts made historic rulings in 2018 that the country's government had failed to honour international commitments to reducing carbon emissions.