Some Of Us Are Not Afraid To Speak Up, We Don’t Care If They Kill Us — Sammy Gyamfi 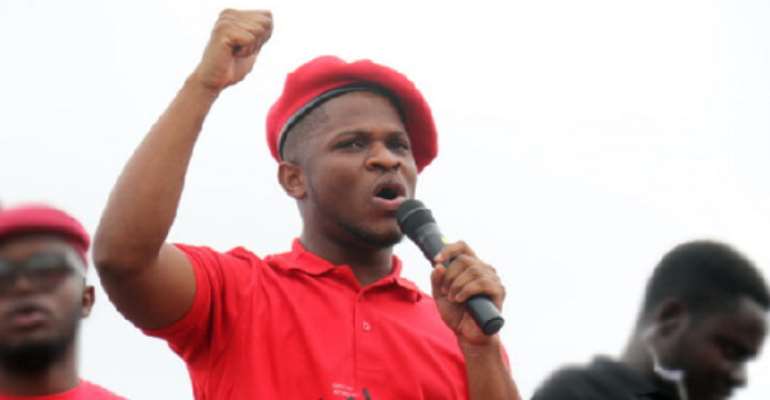 National Communications Director of the opposition National Democratic Congress (NDC) Mr Sammy Gyamfi has boldly stated that he is ready to die in the crusade to clamp down corruption in the country under the NPP government.

Speaking on the ‘Moment of Truth’ programme on Adom Television, Mr Sammy Gyamfi indicated that the NPP government led by President Akufo-Addo no longer have the moral right to speak about corruption, following the resignation of the special Prosecutor Mr Martin Amidu.

According to the NDC scribe, Member Of Parliament for Assin Central, Kennedy Agyapong led a campaign against corruption fighters like Anas and Ahmed Suale.

He emphasized that Kennedy Agyapong reduced Anas to zero after he started showing pictures of the young investigative journalist on his own television station.

Sammy Gyamfi further accused Kennedy Agyapong of releasing pictures of Ahmed Suale to the public domain that led to his death.

“Kennedy Agyapong displayed images of Anas on live television, and that ended Anas for good. His life was in danger and now Anas is nowhere to be found. He caused all these. Ahmed Suale was murdered in the process because he dared to speak against the corruption in the NPP government. Now it is no longer funny. It is no more an NDC or NPP issue. Former President John Agyekum Kuffour did not do this, it did not happen under John Mahama or Jerry John Rawlings. It is only happening under Akufo-Addo,” Mr Gyamfi noted.

"They have now become dictators and fighting corruption fighters. Now people are quiet because if you talk, they will silence you. The country is heading towards a ditch and we all need to talk about it," Mr Sammy Gyamfi noted.