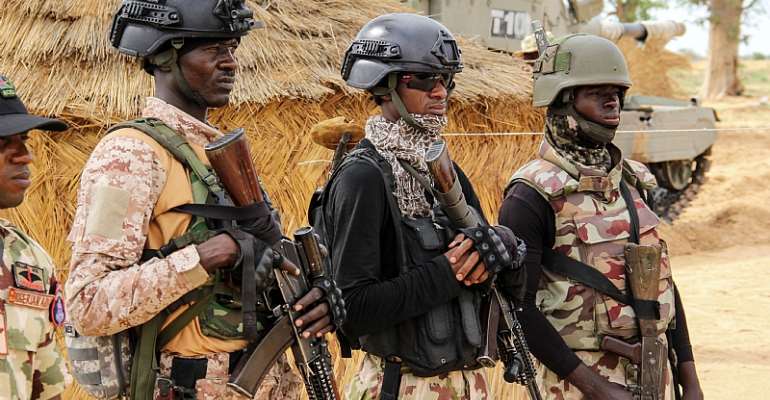 After decades of underfunding its military, Nigeria's defence budget has increased substantially during the past 10 years. Yet the performance of the country's military remains poor. And the country's security challenges continue.

One measure of this is that the latest data from the Global Terrorism Index (2019) ranked Nigeria as the third-worst nation prone to terrorism with no improvement since 2017.

So what accounts for the mismatch of funding and effectivenes? We conducted research in a bid to answer the question. We also considered the implications of poor military performance for national security.

Nigeria faces three major security threats: the Boko Haram insurgency in the north-east, militancy in the Niger delta and armed banditry . Boko Haram arose in 2002 and carried out its first attack in December 2003, while militancy in Niger Delta started in the mid 1990s . Banditry violence started as a farmer-herder conflict in 2011 .

Militancy in Niger Delta has reduced substantially. But Boko Haram and banditry continue in the northern part of the country.

The budgetary allocation for defence in Nigeria annually is usually around US$1.9 billion. This is second to South Africa's $3.63 billion for 2018 in sub-Saharan Africa. Nigeria's was $2.04 billion for the same period.

In West Africa, Nigeria's military budgetary allocation is higher than the budgets of all other states' defence or military operations put together. Niger's is less than $190 million, Chad's $24 million, Benin's $116 million and Cameroon's $244 million.

With this heavy expenditure, why are the outcomes so poor?

We discovered a range of problems militating against the defence or military performance in Nigeria despite large budgetary allocations. These included corruption, unhealthy rivalry among the forces, politics, and late passage of annual budgets. Others included a lack of transparency in military procurement and absence of monitoring and control mechanisms.

Obstacles to efficient use of funds

We collected data from interviews with some selected respondents from the Defence Headquarters, Ministry of Defence, Budget Office, Ministry of Finance and Economic Planning, and the Central Bank of Nigeria. We also spoke to members of the appropriations committee on budgets in the National Assembly, retired military personnel, and civil servants from the Budget Office.

We gathered data from news reports on defence appropriations too.

The research was limited to some degree by military respondents not giving comprehensive or detailed information requested.

The information we gathered pointed to a range of issues that added up to a lack of efficient use of allocated funds.

On the corruption front, we were told that some military personnel , politicians and other public officers had enriched themselves by diverting public funds meant to fight terror and insecurity. We were told that expenditures are sometimes duplicated using different headings by staff in the defence ministry and military institutions.

We also learnt that the lack of transparency in the procurement process encouraged corruption. The procurement of military weapons was usually shrouded in secrecy which meant that outdated items instead of modern weapons were purchased.

This meant that armed forces didn't have the best equipment to fight against terrorists and bandits.

In one of the years under review, N55.4 million (about $145,000) spent on office maintenance was duplicated into four sub-categories. Similarly, the budgetary allocations to the army, navy and air force were all inflated using different expenditure headings in 2014, 2015, 2016, 2017, and 2018.

We were told also that payments were not made to soldiers on the battleground as budgeted.

We also found evidence of unhealthy rivalry among the armed forces and other security agencies.

In addition, it was clear from respondents that money wasn't being allocated in the right places because of poor leadership in the military, and an absence of good governance in the hierarchy. The top brass seemed to be more interested in procurement of office goods, services, building structures, and overseas trips.

Another factor affecting the efficiency of the military is that the government's annual budgets are usually delayed . This created room for selective implementation of the budget.

There was also evidence of weak monitoring, controls and audits of the military budget, which allowed corruption and waste to get through. Various public scrutiny institutions, particularly audit agencies, anti-corruption bodies and Parliamentary Public Accounts Committees, were usually reluctant to investigate the military. There were even instances in which it appeared they had been prevented from doing so.

To avoid wasteful military spending and attain stable security in Nigeria, there must be transparency and accountability in military budgeting and procurement processes. There must be regular oversight functions from the ministry of finance and Budget Office and the Public Accounts Committees of the National Assembly.

The National Assembly committees on budgets and financial appropriations should be more alive to their duties. Members must shun bribes that hinder them in doing a thorough job during budget presentation and approval.

The military must ensure its funds are used effectively to provide security to Nigerians.

Corrupt and incompetent security chiefs who have turned the nation's security into a “business venture” should be shown the way out. So should those who are more interested in politics than in the security interests of the country.

Good governance and leadership should be put in place with full commitment to the overall security of Nigeria.

Dr. Temitope Francis Abiodun is affiliated with the Institute for Peace and Strategic Studies, University of Ibadan, Nigeria. He is also a Member of the Society for Peace Studies and Practice (SPSP), Nigeria.