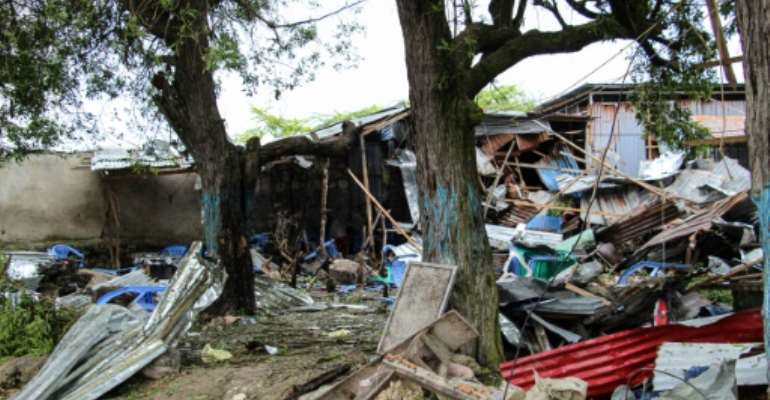 Debris from an explosion by a suicide bomber is seen in Mogadishu on November 17, 2020. By - (AFP)

Five people, some of them police, were killed and more than 10 injured Tuesday when an Al-Shabaab suicide bomber attacked a restaurant in the Somali capital of Mogadishu, police said.

The officer and witnesses said the attacker walked into the restaurant near a police academy and blew himself up.

"The death of five people, two of them members of the police, were confirmed, and more than 10 others were wounded," Mohamed Abdirahman, a police officer at the scene, told AFP.

"The wounded people were rushed to hospital, some of them with serious injuries."

Witness Abdukadir Hussein said there had been dozens of people in the restaurant when the blast occurred.

"Many of the people inside were wounded and I personally saw the... dead bodies of two people, the whole area was in a mess as the blast destroyed everything," he said.

The Al-Qaeda linked Islamist group Al-Shabaab frequently attacks civilian and government targets in Mogadishu, which it controlled until it was driven out by African Union troops in 2011.

The group claimed responsibilty for the attack in a statement carried by the SITE intelligence agency.