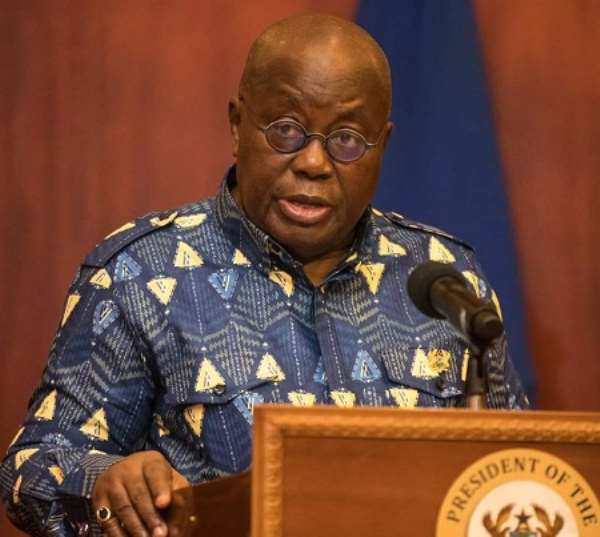 President Akufo-Addo has said the Ghanaian coffee sector is undergoing a great revolution.

He made this known at the 60th General Assembly of the Inter-African Coffee Organization (IACO) held virtually on November 17, 2020.

According to him, the coffee sector of Ghana was responding to the market conditions.

The President said “Ghana is processing and consuming more than 90% of its coffee production annually.”

“In order to support the coffee sector, government introduced the coffee development programme, spear headed by the Ghana Cocoa Board,” he disclosed.

He stated that “This project led to the doubling of output to above 12,000 tonnes per annum, with yields about 1.4 tonnes per hectare.”

According to him, “To consolidate the gains and propel the coffee sector to a similar status as cocoa in Ghana, COCOBOD is in the process of creating a division to intensify support to the coffee sector through research, extension support and regulation of marketing and processing activities.”

“The Ghanaian coffee industry, like many others in Africa, is undergoing a revolution. A revolution underlined by the desire to transition from colonial legacy to African autonomy,” he noted.

Coffee was one of the major cash crops promoted by colonial masters, the President recounted.

Hence, post-independence, the major market for coffee and its cousins; – cocoa and tea; – remain outside the continent. African producers have continued to target Europe and North America as the key market for export of coffee beans, he said.

By this arrangement, he stated, “the fortunes of our hardworking producers are tired to a volatile market, underpinned by the economic conditions of those economies.”

“One of the valuable lessons from this pandemic, is the domestication of critical commodity value chains.”

“Increasing continental consumption and raising the level of domestic value addition of these commodities is long overdue. The slow pace of industrialisation is not marching up to the needs of the young and vibrant African population,” the President said.

“This situation has resulted in huge imports of finished products from other parts of the world.”

“The African market is rightly sending signals for the necessary investments in value addition of cash crops, particularly coffee. The continent's population nearly trebled from is projected to reach 1.5 billion in 2025.”

“Rapid urbanization is taking place across Africa. Currently, the urban population is estimated at 40% compared to 27% in 1980,” he stated .

“About 40% of the population lives in urban areas. A growing middle class, rising incomes, changing tastes and preferences, characterizes most of the urban population, who consume a higher percentage of processed food as compared to rural populations,” the president noted.

The UN Economic Commission for Africa estimates that final consumption accounts for 45% of GDP growth, compared to just a third for extractive resources in the 2000s, owing to the emergence of a middle class ($4- $20/day), which now makes up 35% of the population.

Changing tastes and preferences have led to increased demand for products such as coffee and other beverages.

“Thus, the market conditions for agro-industrialisation of cash crops are ripe in Africa; i.e. a sizable and urbanized population with rising incomes presents,” the President said.

Ghana was the host of the 60th General Assembly of IACO.

Chief Executive of the Ghana Cocoa Board (Cocobod), Joseph Boahen Aidoo, in his welcome remarks, said prospects were high for the Ghanaian coffee sector.

He said “Once a thriving coffee producer, Ghana's coffee industry has suffered dwindling fortunes over the last 20 years.”

“I am happy to say, however, that a recent set of government initiatives, combined with a new wave of investment and some innovative entrepreneurs is changing that,” he noted.

“Ghana Cocoa Board (COCOBOD), the government agency with oversight responsibility over the coffee sector in Ghana, has continued to provide services and inputs required to facilitate the growth and sustenance of the sector,” he said.

“These include, but not limited to the following:

The Annual General Assembly of the Inter African Coffee organization (IACO) held in Accra, Ghana, in November 2009 was a great impetus to re-emphasize on coffee where the government through Ghana Cocoa Board swiftly allocated some US$4.5 million for four years period to expand the production, he recounted.

“Emerging coffee brands are exploring sustainable farming methods and pioneering social impact schemes to produce fine Robusta. While this species of coffee isn't usually considered specialty, some Ghanaian producers are confident that it is possible to produce high quality Robusta, and that it can help revitalise the nation's coffee industry.”

Government and the COCOBOD have supported the establishment of the Coffee Federation of Ghana (CFG), a private sector led initiative that brings together farmers, exporters and processors, he stated, adding that “In October 2018, we launched a strategic plan for Ghana's diversification into coffee production. All these are indications that we are making progress in supporting the coffee sector.”

“This programme will support the production and supply of free planting materials for eight commodity value chains including coffee to create a sustainable raw material base to spur up the decentralized industrialization drive through One-District-One-Factory initiative.”