Does The Resignation Of The Special Prosecutor Matter? 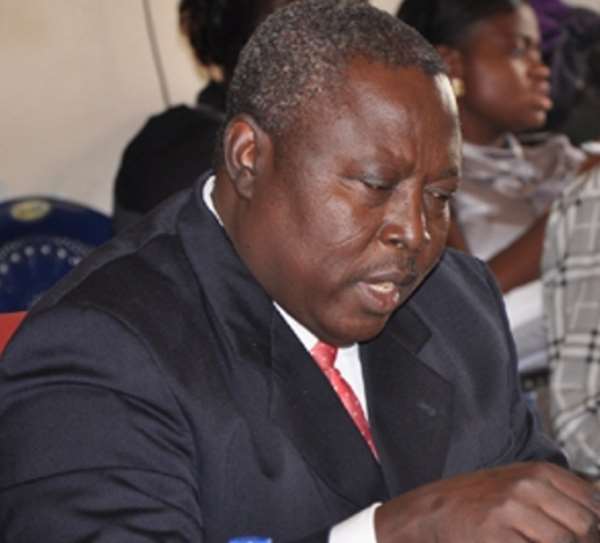 The hope in the Office of the Special Prosecutor in the fight against corruption is now quashed. The resignation of the first person, appointed to man the affairs of this Office, whom many consider as suitable for the job, presents much despair to many anti-corruption crusaders. But his performance has been rated as being poor. The lack of independence of the Office may have contributed significantly to the poor performance of the personnel in that Office.

But what sort of independence does the Office require to function successfully? There are other State agencies in charge of fighting corruption. State agencies such as EOCO, CHRAJ, BNI, the Auditor-General, the Controller and Accountant-General’s Department and the Attorney-General’s Department can pair with the Office of the Special Prosecutor in dealing with corruption issues.

The country needs people who are strong and firm as well dedicated to build institutions for fighting corruption. His resignation does present an opportunity to evaluate the circumstances that caused his poor performance and subsequently his resignation. It is said that “If nothing touches the palm frond, it does not rustle”. What could have actually caused his resignation: excessive sabotage or lack of independence of his Office?

It is to fight corruption. The Office will be remembered for the corruption risk assessment on Agyapa Royalties, collaborating with the Auditor-General for payroll audit, which helped to tackle payroll fraud. The corruption cases the Office investigated as listed in its report released on February 27, 2019 are not quite exceptional.

The expectation of the public and the appointing authorities have not been met. Many people within the NPP thought the Office would investigate and prosecute suspected corrupt officials of the immediate past NDC administration. The complaints have been frequent, and nothing exceptional was done to salvage the situation.

The failure of the Special Prosecutor to bring on board, the vast experience he had accumulated in the Attorney-General’s Department, signifies that it is worth resigning from his position. He could have set a precedence by making sure the Office was well-structured and maintained before his tenure elapsed. This way, his legacy in the campaign and fight against corruption would have been bequeathed to others who will continue to fight corruption using the Office of the Special Prosecutor as the main agency.

As a preferred statesman, currently, to lead the fight against corruption with the Office of the Special Prosecutor, resigning from the Office is not the solution to the numerous challenges of the Office. Is resignation the best of all the several options including being firm and strong.

The resignation of the Special Prosecutor does matters, for the reason that, it indicates there are fundamental challenges with the Office set-up and the entire administrative functioning of the office. His resignation opens an opportunity for the state to evaluate the challenges he frequently cited. The Office of the Special Prosecutor may function like the other state agencies that find it eternally difficult to fight corruption even if it is made independent.

The solutions to ensure the effective functioning of the Office of the Special Prosecutor may not be found in making it independent. The political will to allow state institutions function without interference may be the key solution to the biggest challenge of the Office. The exercise of authority by other state agencies in exchanging pieces of information for investigation and subsequently prosecution, has consequences for the performance of the legal task of the personnel and the Office.

The resignation of the Special Prosecutor may matter as it gives the state an opportunity to evaluate the factors that caused the poor performance of the Office he led. The state needs to investigate the problems he often cited while he was in that Office. These issues, if properly investigated, will help the individual to succeed him flourish perfectly in that Office. It is an opportune time for the state to search for the reasons the Office could not perform successfully excellently. Without a deliberate attempt to search for the solutions to these challenges, there is an indication the State does not plan to combat corruption.