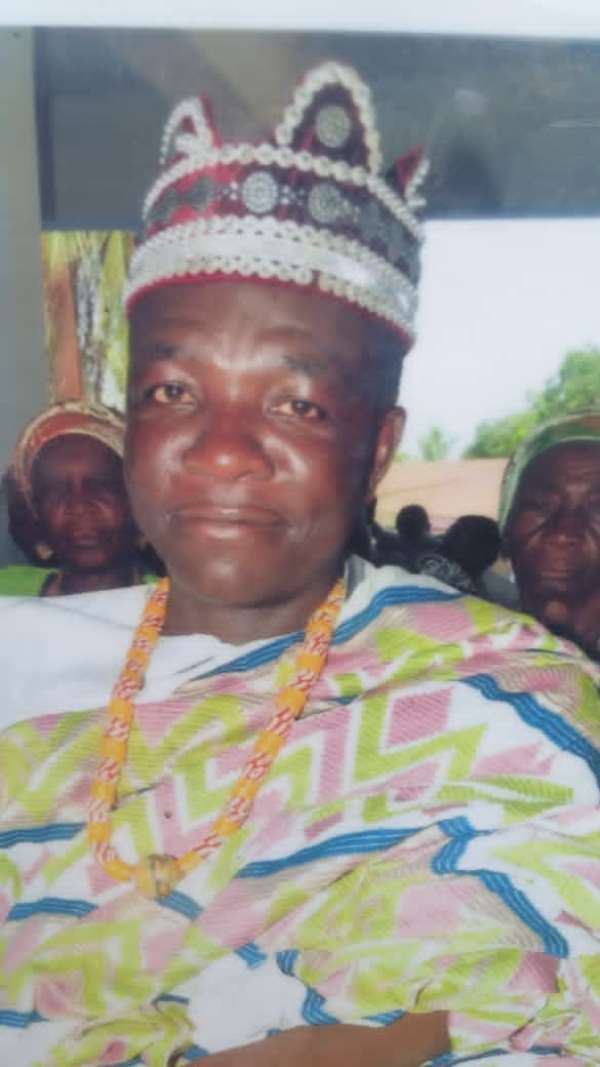 Torgbui Katsekpor IV, chief of Ayitikope in the Akatsi South Municipality of the Volta Region has called on all Ghanaians to go into the December 7 general polls peacefully.

He said Ghana has been peaceful since independence and will be disheartening to see the country in any form of chaos in the upcoming December 7 elections.

In an interaction with ModernGhana News in Akatsi, Torgbui encouraged every citizen to be up and doing and desist from any act of violence that may cause mayhem before, during and after the elections.

Torgbui further explained that all the neighbouring countries such as Burkina Faso, Togo and Cote d'Ivoire have been hit with civil wars which have distorted the country's growth, peace and stability.

He advises political parties to preach peaceful massages among their supporters during their campaigns.

"War will not bring anything good, but rather destroy valuable things that bring development," he added.

Torgbui continued that, belonging to different political parties should not bring divisions but must rather togetherness that helps in development.

He continued and advised the youth not to allow themselves to be used as instruments of violence to cause chaos on election day.

Torgbui Katsekpor lV, commenting on the sudden demise of former President Jerry John Rawlings, he said it was shocking news at a time nobody could predict.

He sympathises with the deceased family and urged them to remain stable in these difficult times.