Côte d’Ivoire: The Use Of Machetes And Guns Reveals Horrors Of Post-Election Violence 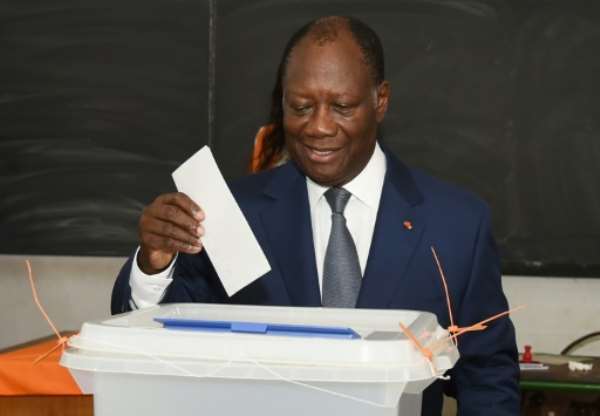 Authorities in Côte d’Ivoire must investigate the killing of dozens of people with rifles, guns, and machetes since the presidential election, Amnesty International said today.

Eyewitnesses interviewed by the organisation described post-election violence scenes which took place amid intensifying clashes between opposition and ruling party supporters since 31 October. In some instances, security forces were overwhelmed failing to prevent violence from both sides.

“We are urging the Ivorian authorities to investigate the bloody violence and bring perpetrators to justice. The impunity that has long reigned in Côte d’Ivoire provides fertile ground for people to commit killings and other human rights violations with no fear of being held to account,” said Samira Daoud, Amnesty International West, and Central Africa Director.

“This is the second time in a decade that elections in Cote D’Ivoire have been marred by violence. The authorities must urgently take measures to protect lives and send a clear message that killings will not go unpunished.”

Violence erupted in several towns in Côte d’Ivoire in the lead up to the presidential election and has continued following the vote. According to the National Human Rights Council, the violence led to 55 deaths between 31 October and 10 November, and 282 people were injured.

There have also been dozens of arrests of opposition party members, including opposition leader Pascal Affi N’Guessan who has been in detention since the evening between 6 and 7 November.

Last week, violence escalated in the central region of Côte d’Ivoire, including in the towns of Mbatto, Elibou and Daoukro.

Between the 9 and 10 of November, an opposition protest in the town of Mbatto led to at least two deaths and dozens of people injured, five of whom in critical condition, according to information received by Amnesty International.

Eyewitnesses told the organisation that supporters of the ruling party attacked protesters with stones, which later led to a violent clash with machetes and guns while security forces were overwhelmed.

“…. They started with stones, then machetes, and at last we heard gun shots …. We were brutally assaulted. … They started to burn, to break some things and to injure us with bullets. The gendarmes who were in the middle to disperse the crowd with tear gas were (even) discouraged. We were left to ourselves. "

According to another witness, at least 24 people were injured by firearms on 9 and 10 November, and five in critical condition could not be evacuated due to ongoing violence. “We've never seen this, usually people take machetes, but this time they all used guns,” he said.

Amnesty International has also documented the arrests of dozens of opposition members around the election. This follows a call from the opposition for civil disobedience, a boycott of the election, the establishment of a National Transition Council and the rejection of President Alassane Ouattara's re-election.

Opposition leader Pascal Affi N’Guessan was arrested and detained incommunicado from the evening of the 6 to 9 of November, during which period neither his family nor his lawyer had access to him. N’Guessan said he did not see the light of day for 60 hours. There are 30 charges against him including “attack and conspiracy against the state authority, murder and act of terrorism.” His lawyer only managed to see N’Guessan during his appearance in front of the judge on 9 November. Since then, neither the lawyer nor N’Guessan’s family was able to communicate with him. N’Guessan’s whereabouts cannot be confirmed. The authorities must allow him to communicate with his lawyer.

They are facing 16 charges, including “attack and conspiracy against state authority”. Security forces are still stationed around the houses of former Minister Hubert Oulaye and that of Pascal Affi N’Guessan, preventing any person to enter or leave the buildings. Amnesty International considers this as an arbitrary restriction on the right to freedom of movement of all people inside the houses.

This includes five members of the opposition party, GPS, who were arrested on 13 August while on their way to a protest, and Pulchérie Edith Gbalet, coordinator of the NGO Alternatives Citoyennes (ACI), who was arrested on 15 August in the hotel where she was residing along with two collaborators after she called on people to protest against Ouattara’s third term.

“The growing crackdown on opposition leaders and government critics is an attack on human rights. Authorities must stop restricting the right to freedom of movement of people inside the residence of opposition leaders by removing security forces surrounding them,” said Samira Daoud.

“They must immediately and unconditionally release Pascal Affi N’Guessan, and all those detained simply for exercising their human rights. They must commit to creating a space where people can freely express their opinions and peacefully protest without fear of being arrested, assaulted or killed.”