UDS Renaming Is an Idea Whose Time Has Come 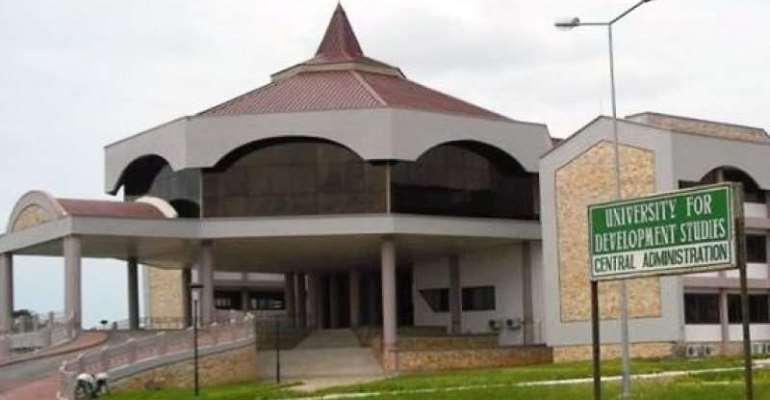 Many of his staunchest supporters and sympathizers may have so soon forgotten that the so-called Jerry John Rawlings’ Principle not to have any national monument or monuments named after him was absolutely in no way, whatsoever, a decision or principle that was voluntarily arrived at. Indeed, the groundswell protest movement to fiercely oppose any historically illogical attempt to rename the University of Development Studies – an institutional idea that may very well have originated with either the late President Hilla “Babini” Limann or, very likely, President Kwame Nkrumah – after Ghana’s longest-ruling strongman or military dictator, was initiated about a decade ago or perhaps even a little longer. And it was initiated by some of us public intellectuals who were fully convinced that it was the wrongful and most depraved and immoral thing to do, in view of the fact that the undemocratic and unconstitutional entrenchment of the Rawlings-led junta of the Provisional National Defense Council (PNDC), had been done at the expense of the salutary development of tertiary education in the country.

It is also a well-known fact that Mr. Rawlings negatively impacted the development of tertiary education in Ghana by riotously and rampantly causing the immediate shutdowns or closures of the then three major universities in the country, namely, the JB Danquah-midwifed University of Ghana (UG), the present-day Kwame Nkrumah University of Science and Technology (KNUST) and, of course, the University of Cape Coast. I was at the forefront of the movement to prevent the University of Development Studies from being named or renamed after the openly and shamelessly anti-intellectual Chairman Rawlings, although I was not among the Ground-Zero Ghanaian scholars and intellectuals who initiated and fiercely championed the move or movement at home. I joined this largely literary or intellectual protest movement right here from the United States. There were, indeed, some lecturers and professors on some of the various campuses of the UDS themselves who may very well have initiated and/or originated this most successful albeit short-lived movement.

The movement was short-lived because Mr. Rawlings almost immediately came to fully appreciate the fact that those of us in the vanguard ranks of the ideationally organized movement were as iron-clad determined as Mr. Rawlings himself had been at the inception of the military mutiny which he and several of his associates strategically converted into the Rawlings-Tsikata Tribal Diarchy that fast came to replace what many of us had mistakenly from the get-go casually assumed to be a genuine and an organic mass movement and vehement protest of the people against what was then perceived to be the rank corruption of our senior junta leaders. Then, also, the fact that a self-righteous Chairman Rawlings had literally and mercilessly stifled the brain trust of the country, even as he quietly shipped his own children abroad for tertiary education, fully convinced many of us in the front ranks of the aforesaid protest movement that the firebrand Leader of the Revolution was not significantly any more than another brutal Machiavellian Opportunist who, revolutionary populist rhetoric and all, was fundamentally not much different from the “rankly corrupt” junta leaders whose blood he had “generously” spilled to safeguard the integrity of the land.

In retrospect, those of us who led the charge to prevent the University of Development Studies from being renamed the JJ Rawlings University of Development Studies effectively and definitively proved the age-old credo or mantra that “The Pen Is Still Mightier Than The Sword.” Even so, it is quite obvious that President Addo Dankwa Akufo-Addo’s decision to have the University of Development renamed for the recently deceased former President Jerry John Rawlings is an idea whose time has come. It is our bounden national obligation, irrespective of any personal misgivings that any of us may have about the spotty but, nevertheless, undeniably significant legacy of the man who has had the most profound and seismic impact on our postcolonial national character, with the obvious exceptions of President Kwame Nkrumah and Dr. JB Danquah.