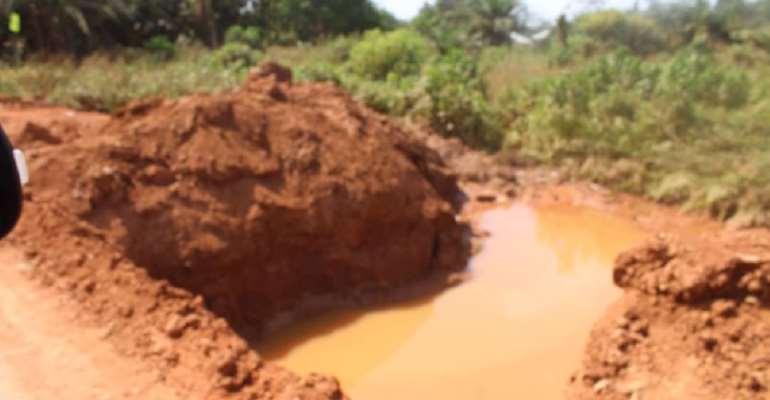 Angry residents of Dwenase in the Fanteakwa South District of the Eastern Region have threatened to boycott the upcoming December polls if nothing is done about the dusty state of their roads.

This follows the death of a 50-year-old man, who was run over and killed by a rickshaw on one of the dirt roads in the community, on Thursday, 12 November 2020.

According to the residents, the contractor does spill water on the stretch to reduce the menace caused by the dust, thus, the poor visibility poses danger to road users.

Narrating the incident to CTV, a resident, Osarfo Kantaka, said the tricycle rider was behind a truck, which had gone to offload sand at Hemang and returning to Osino.

However, due to the dusty nature of the road, he veered off his lane so he could see clearly but unfortunately, crashed into a motorcycle rider, causing his instant death.

Mr Kantaka noted that another person lost his life three months ago in similar fashion, when he attempted to overtake the Nissan Patrol of the District Chief Executive of Fanteakwa South District, Mr Ntori, but crashed into the Birim River Bridge and died instantly.

He emphasised that the residents will boycott the general elections if the situation is not taken care of.

Also, due to the dusty nature of the road, he said wayside sellers often develop respiratory tract diseases.