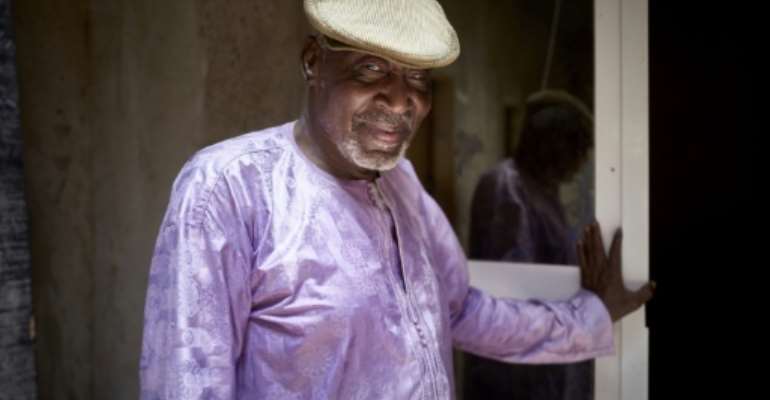 One of the original modernisers of Malian music, 82-year-old Sory Bamba infused traditional sounds with funk and jazz. By MICHELE CATTANI (AFP)

Sory Bamba, a Malian music pioneer, spends his days ensconced in the courtyard of his home in the old quarter of Mopti, a town in the centre of the country on the edge of the Sahara.

One of the original modernisers of Malian music, the 82-year-old infused traditional sounds with funk and jazz. He was also a dedicated talent scout.

But few now remember Sory Bamba in Mali, a conflict-ridden state known to music fans for its strong guitar-playing tradition.

Outside of the country, the musician is almost a complete unknown, though connaisseurs insist he belongs among the ranks of Mali's musical icons such as Ali Farka Toure or Salif Keita.

"He is one of the greatest Malian musicians," says Cheick Tidiane Seck, a Malian musician himself whose blend of jazz and traditional music won him renown in the 1990s.

But Bamba "is not someone who puts himself forward," Seck says, adding that he prioritised "real music" over commercial tunes.

Wearing a corduroy flatcap, and with eyes clouded by cataracts, Bamba sits in his courtyard surrounded by clucking chickens and children at play.

He says he once brought a young Ali Farka Toure to play in his home -- long before the singer-songwriter achieved international success -- and that few recognised his talents.

"Many people didn't like (his) type of rhythms," Bamba says.

Toure, who died in 2016, went on to become a two-time Grammy winner and one of the African continent's most important musicians.

Bamba, who never achieved the same level of success, appears to harbour no bitterness.

"He was here, in this very house," he says of Toure, with a smile, before taking out his flute and spontaneously beginning to play.

Bamba began his musical career as a child in the late 1940s when Mali was still a French colony and a friend gifted him a flute. 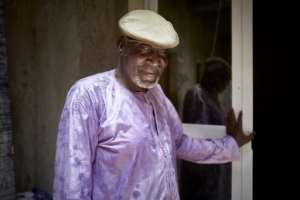 One of the original modernisers of Malian music, 82-year-old Sory Bamba infused traditional sounds with funk and jazz. By MICHELE CATTANI (AFP)

Later, he worked as an assistant to a trumpet player in a Mopti band -- before making off with his boss's instrument and dedicating himself to music full time.

In 1957 he started his first group, Kanaga de Mopti, which quickly became popular with youngsters in the town.

The band found wider success after Mali's independence in 1960, through nationwide musical competitions designed to foster a sense of national identity in the vast country.

Bamba, as leader of the group, also sought and received rare permission from ethnic Dogon elders to play their traditional music -- to which he added his own layers of Latin-jazz, funk and folk.

But reggae artist Koko Dembele, 66, a former member of Kanaga de Mopti, said: "Anything that doesn't evolve is bound to disappear," says Malian.

Bamba recruited Dembele to his band when the latter was 18 years old, and was known to scour the floodplains of the Niger river and the rural camps of nomads for undiscovered musical talent.

Next, Bamba pursued a solo career in Ivory Coast, and then in France, completing 33 tours. He also cut a record titled "Du Mali" in 1979.

Bamba's prospects brightened in 2010 when Universal Music offered him a record deal, after the then 72-year-old musician gave a concert in Paris.

His children now describe him as "tired", and some hope he will stop playing music.

But this is out of the question for Bamba, who hums tunes with young children every time they pass him by in his courtyard.

"Without music, it's all over. And there are so many things left to do," he says, resting his flute on his knees.