‘Rawlings Made Me Who I Am Today; I Don’t Regret Following Him’ – Bagbin 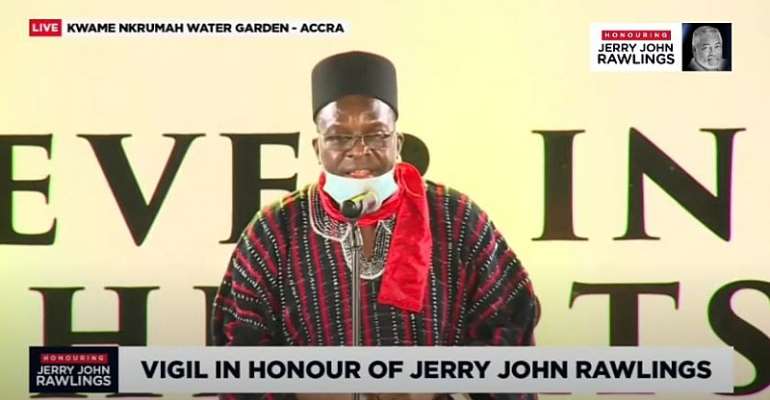 One of Ghana’s longest-serving legislators, Alban Bagbin has paid glowing tribute to the memory of ex-President Jerry John Rawlings.

Addressing a large gathering at the National Democratic Congress’ special vigil on Sunday, the Nadowli Kaleo legislator said the late President Rawlings groomed him and instilled in him very important virtues to make him a better person.

He described Rawlings as God’s gift to Ghana who helped the country out of a repressive military regime.

“What you have known me to be, is his making. That is not my nature. Those who knew me before he changed me knew that I was a very calm and gentle fellow. I scarcely spoke… But because H.E. Jerry John Rawlings was God’s gift to Ghana, he did so many unthinkable things that changed many of us,” he said.

The second deputy Speaker of Parliament said he and many other young Ghanaians at the time jumped to follow the leadership of Jerry John Rawlings Chairman of the Provisional National Defence Council due to the passion and courage he demonstrated, noting that he does not regret taking that decision.

“The passion, the infectious and contagious passion of H.E. Jerry John Rawlings swept all of us off our feet. I have never regretted and will not regret following that cause,” he noted.

Former President Jerry John Rawlings died around 10 am on November 12, 2020, at the Korle-Bu Teaching Hospital at age 73.

The sad incident occurred barely a month after he laid his mother Madam Victoria Agbotui to rest.