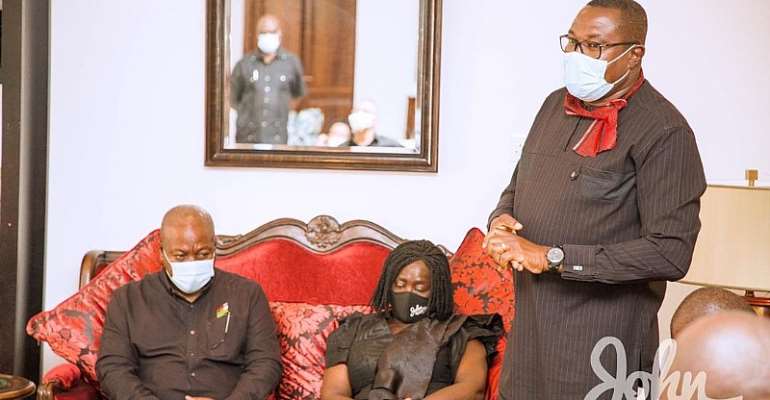 The National Democratic Congress (NDC) says it will not allow any non-NDC to decide the way it should mourn its founder, Jerry John Rawlings.

This comes after the party accused the government of sidelining them in processes leading up to the funeral of the late former President.

Its General Secretary, Johnson Asiedu Nketia also said besides the failure to mention the NDC in the president's statement announcing the death of Rawlings, the party's flagbearer, John Mahama was prevented from signing Rawlings' book of condolence at the Accra International Conference Centre last Friday, November 13, 2020.

Speaking after a health walk held in honour of the late former President, National Chairman of the NDC, Samuel Ofosu Ampofo advised members to be united in the face of this tragedy.

“We do not have any bone of contention with anyone, however, we will not allow anyone to dictate to us how we should mourn our Jerry John Rawlings. We will mourn the founder of our party how we want to. We will celebrate him together, today and tomorrow.”

He further said though dead, the party will forever look up to its founder.

The NDC has opened a book of condolence for former President Jerry Rawlings at all regional offices and all branches of the party.

The various branches of the party have also been directed to organize events that will befittingly celebrate the life of Rawlings.

Jerry John Rawlings died in the early hours of Thursday, November 12, 2020 , at the Korle Bu Teaching Hospital after a short illness.

I won’t bow to pressure to make Parliament a ‘rubber stamp o...
47 minutes ago