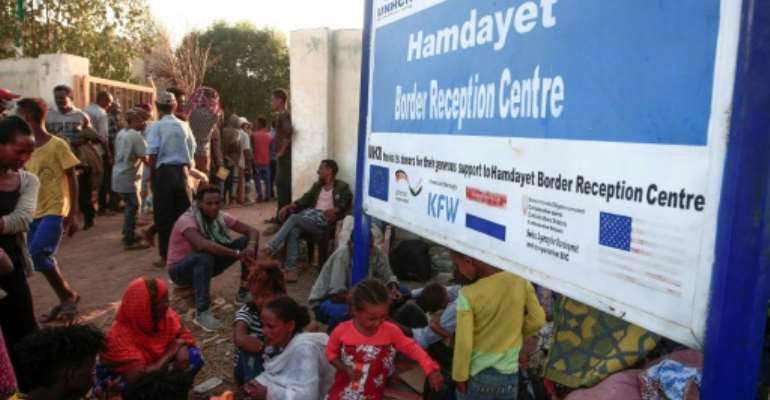 Ethiopian migrants who fled intense fighting in the Tigray region gather in the border reception centre of Hamdiyet in Sudan's eastern Kassala State on November 14, 2020. By Ebrahim HAMID (AFP)

Around 25,000 Ethiopians fleeing conflict in the Tigray region have crossed into neighbouring Sudan, state news agency SUNA reported, as the UN said it was working to find them shelter.

"The number of Ethiopian refugees who have arrived in Gadaref and Kassala states since Saturday has reached 24,944," the agency said.

Hansmann, quoted by SUNA, said the priority of the UNHCR was to provide the refugees with shelter, food and water and then to transfer them to regions far from the border "for security reasons".

He said the UN refugee agency was working to establish new camps in Sudan for the Ethiopians.

Over the past week, exhausted refugees have streamed across the border into Sudan after walking for two-days through searing heat, many of them barefoot.

Some arrived on scooters and other cycled, while others boarded makeshift boats to cross a river into Sudan to flee intense fighting at home.

Suleiman called on the international community to pitch in with aid for the refugees.

Ethiopian Prime Minister Abiy Ahmed announced November 4 he had ordered military operations in Tigray in a dramatic escalation of a long-running feud with the region's ruling party, the Tigray People's Liberation Front (TPLF). 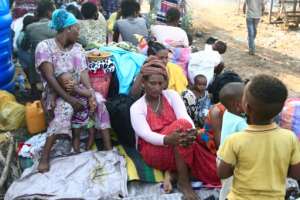 Around 25,000 Ethiopians have streamed into Sudan seeking shelter since the fighting began earlier this month. By Ebrahim HAMID (AFP)

UNHCR said it expected the number of refugees to grow if the conflict in neighbouring Ethiopia worsens.

The leader of the Tigray region on Sunday claimed responsibility for rocket strikes on the airport of neighbouring Eritrea's capital, sparking fears that the conflict could widen.

A Sudanese government source said up to 200,000 Ethiopians could seek shelter in Sudan.