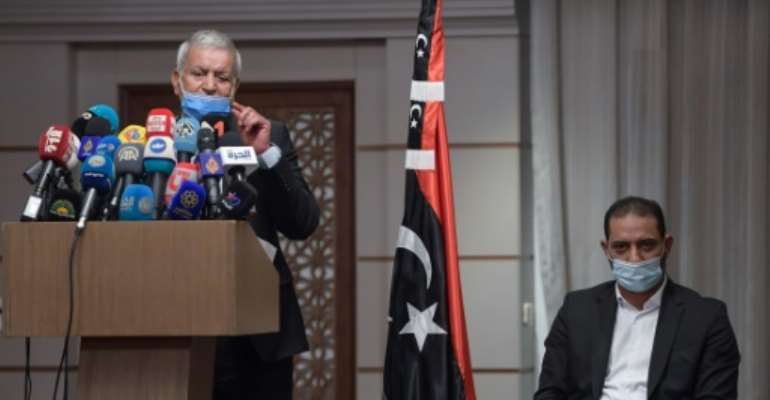 Elected Libyan officials called on Saturday for a constitution to be approved before national elections are held, without challenging the date of the polls which were announced a day earlier.

Libya has been gripped by chaos and violence since the 2011 ouster and killing of longtime dictator Moamer Kadhafi in a NATO-backed popular uprising.

Rival administrations in the east and west, both backed by multiple armed groups and foreign powers, have since vied for control of the Mediterranean country.

Libyans at UN-led talks agreed Friday to hold national elections on December 24, 2021, the United Nations said, raising hopes for an end to a brutal decade-old conflict.

The decision came on the fifth day of political talks in Tunisia, involving 75 delegates from existing state bodies and groups from across Libya's political and social spectrum.

But while the proposed election date is welcome "we must focus on the constitution", said Bachir al-Haouch, a member of the High Council of State, the equivalent of Libya's senate.

"A year gives us the time to put the constitution before the Libyan people, for them to approve or reject," he told reporters.

"Dialogue that does not lead to a constitutional referendum cannot respond to the expectations of the majority of Libyans," said Abdelmonem al-Sherif, member of the body responsible for drafting the new constitution.

"The United Nations mission and international parties do not have the right to reject this project," he added.

But he also said a new constitution could become a reality in the coming months ahead of elections.

The talks near Tunis are aimed at hammering out a deal for a new transitional government for the oil-rich North African country.

Elections next year would be the first polls in Libya since 2014.

Even if Nana-Addo changes constitution and contest, Mahama w...
39 minutes ago