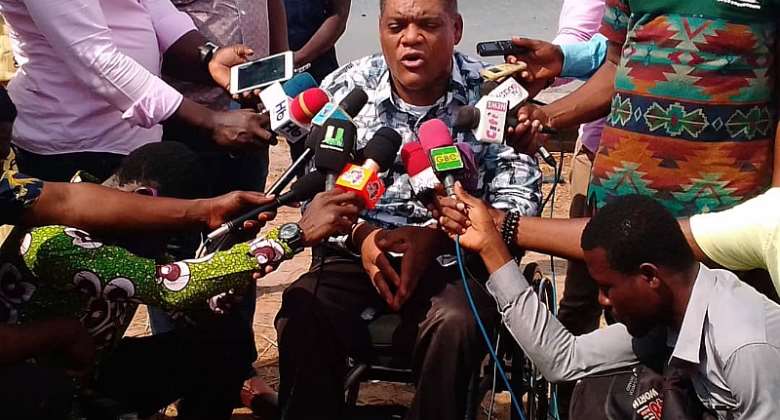 The Presidential Candidate of the Convention People's Party (CPP), Ivor Kobina Greenstreet, has called on the government and the Parliamentary Select Committee on Mines and Energy to take a second look at the mining lease agreements regarding the Ada Songor Salt Project.

It would be recalled that the government of Ghana granted a local-based firm Electrochem Ghana the mineral rights to dig for Mines and produce salt for a period of fifteen (15) years.

It may be renewed after the expiration of the term subject to the mining and mineral laws of Ghana.

"We believe that a resource of this nature is a strategic national interest and we believe that the state needs to have a significant portion of this resource in order to generate revenue for the benefit of the nation.

"We have seen how the state failed to collect taxes and royalties from other sectors where we earn so little, this has been a problem for the nation," he stated.

He also described the leadership qualities of both the NDC and NPP governments as failure which has resulted in the recent negotiations.

"Under the NDC and NPP, both governments have over a period of time not shown us leadership that we would have to expect of our governments in terms of their negotiations for our resources," he said.

He revealed that the CPP government would tackle negotiations in the interest of the people and to also generate more income through tax es.

"Under the leadership of the former president John Agyekum Kufour and certificate of emergency rushed through parliament, Newmont Mining was granted stability provisions which were earning Ghana only 1.7 percent from our gold resources.

"Under the NDC of John Dramani Mahama, Goldfields through an emergency certificate against advised also paid only 1.7 percent for royalties from our gold.

"The CPP would re-negotiate these agreements and take away tax exemptions to be given to these companies," he stressed.

He, however, disclosed that the CPP will offer better opportunities to indigenous companies without tax exemptions.

"The Convention People's Party will even give more benefits to local firms by taking away these tax exemptions from former companies like Newmont, Goldfields which has never seen the light of the day at Obuasi, Tarkwa, Prestea or Awaso which we can be proud off in terms of revenue we have gained, " he said.

Mr. Ivor Kobina Greenstreet, again advised that the state needs to benefit from such contracts for national development.

"What we must all know is that the state must have a greater share of this enterprise to ensure that we get full benefit for national development," he stated.

He again called for collaboration between the government and the private sector for better economical benefits.

"It is important for the state to benefit from such resources and it is for the government and private sector to make sure that the kind of revenue we need from this critical resource is used for the benefit of the people of Ghana," he added.

Speeding motorbike runs over pedestrian at Nungua
17 minutes ago

A/R: One robber shot dead, two others arrested
25 minutes ago