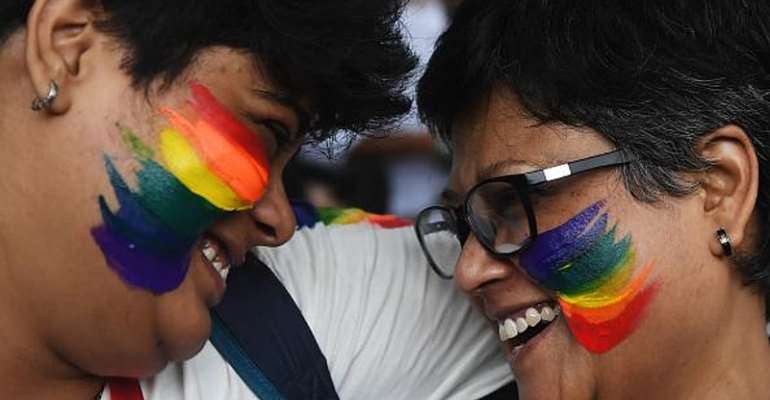 Two years after India's Supreme Court struck down a colonial-era law that had made homosexuality a criminal offence, courts are hearing  petiions seeking to legalize same-sex marriage.

Recently, three couples filed petitions, two in the Delhi High Court, and one in the Kerala High Court, arguing that the state's refusal to recognise their marriages violates their constitutional rights.

The petitioners argued that there is no provison in the Special Marriage Act preventing same-sex marriage and that nowhere in the act is marriage restricted to "only between man and woman."

One petition was filed by two mental health professionals -- Kavita Arora, 47 and Ankita Khanna, 36, who said they had been living together as a couple for eight years, were in love with each other and sharing the highs and lows of life, but unable to marry as both were women.

The second petition was filed by two men – Vaibhav Jain, an Indian citizen, and Parag Vijay Mehta, an overseas citizen of India, who got married in the United States in 2017. An Indian consulate refused to register their union this year under the Foreign Marriage Act.

The couple, who were in a relationship since 2012 and were supported by their families and friends, also claimed during the Covid-19 pandemic, non-recognition of their marriage prevented them from travelling as a married couple to India.

Since the Supreme Court decriminalised gay sex and gave the right of the union to members of the LGBTQ community, many have raised the obvious question of bestowing the legal validity of a marriage on this union.

“It is quite incredible that when we have the freedom to love, why we cannot have the same right to marriage and union. This is not what I imagined,“ Pradeep Kaushal, a gay activsit told RFI.

“The legal battle has just started I would say… this is phase one. And in my point of view, we have just gotten the right to do… like have sex,“ Mohnish Malhotra, a publicist told RFI.

Unlike the groundswell of support that the LGBTQ community could create in 2018, they've been unable to generate a social space for the acceptance of same-sex marriage.

India's solicitor general took a stance against the legalization of same-sex marriage, telling the court that "our laws, our legal system, our society and our values do not recognize marriage, which is a sacrament, between same-sex couples.

The Delhi High Court has furthered their pleas to the government and the hearing on both matters will happen in January  2021.

But the fight for equality is far from over and the battle ahead has just started. It could well be a long-drawn one given that it has taken decades to remove state-sanctioned homophobia.

“We have long said as part of the gay rights movement that the victory in court was not the victory that ended a battle. It was a victory that began one. I mean really the fight has started now,“ Gautam Bhan told RFI.

India's LGBTQ citizens are not a minuscule minority. The approximately 33-million-strong population, acccording to the community, has a voice that is strong and refuses to be silent any longer in their efforts to reclaim equality.

They're demanding more rights. The right to own and inherit property, include their same-sex partners on hospital and insurance forms, and receive legal recognition of the same sex relationships and marriage are the next demands.