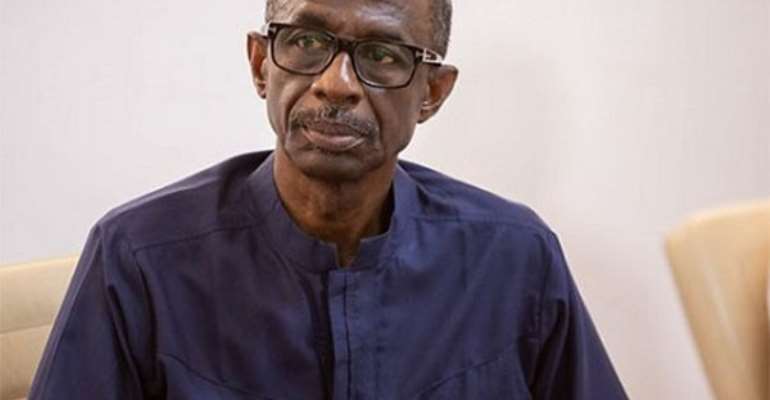 The opposition National Democratic Congress (NDC) appears to now be showing respect to late former President Jerry John Rawlings and acknowledge his role as founder of the party, something the party seemingly failed to do while he was alive.

The General Secretary of the NDC, Johnson Asiedu-Nketiah, has already accused President Nana Akufo-Addo of attempting to “hijack” the funeral of Mr Rawlings who died around 10:30am on Thursday, November 12, 2020.

Mr Asiedu-Nketiah has also accused President Akufo-Addo of failing to acknowledge the fact that Mr Rawlings was the founder of the NDC.

As such, Mr Asiedu-Nketiah, has warned that the NDC will not sit down and allow itself to be treated a stranger as far as Rawlings funeral is concerned.

According to him, “Everything about this funeral, so far, depicts an attempt by an opponent to hijack the funeral of the founding father of our political party, and we don't think the funeral of our party founder ought to be organised somewhere, and we get invited.”

He stated that “We have directed all branches of our party countrywide to organise events that will give a fitting celebration of the life of our founder. We will participate (in the national funeral) but that will not stop us from organising our own thing.”

“We were sorely disappointed that Nana Akufo-Addo, even in issuing a statement of condolence, refused or failed to recognise the fact that President Rawlings was the founder of the NDC.”

“It is against all the different practices we have been engaged in, in the past, as far as the death of prominent members of the two political parties is concerned,” according to him.

Mr. Rawlings is the founder of the NDC. For several years until his death, it was totally a 'no love lost' relationship between him and members of his party.

Mr. Rawlings also severally condemned the Mills/Mahama's administration for reportedly deviating from the core founding values and principles of the NDC which include probity and accountability.

In return, Professor Kwamena Ahwoi, a former Minister for Local Government and Rural Development, in his book titled: 'Working With Rawlings', confessed that he personally groomed a number of NDC's younger generation to publicly criticize and 'tame' Mr Rawlings.

Mr Rawlings at one point as called the trio mentioned above as “babies with sharp teeth.