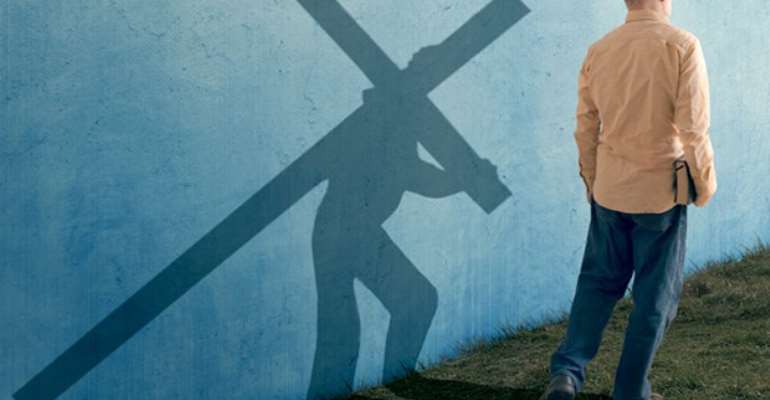 A TRUE SERVANT of Christ will humbly say that all that he has; the anointing to heal the sick, cast out devils, preach and teach the Word with power were given to him by God. He will admit that the supernatural ability, skill and wisdom he is imbued with to be effective and efficient in ministry were given to him from above.

“But grace was given to each one of us according to the measure of Christ's gifts. Therefore it says, “When he ascended on high he led a host of captives, and he gave gifts to men” (Ephesians 4: 7- 8). The Bible says that every true servant of Christ is given grace. In other words, Christ gives gifts to men He chooses and appoints to work for Him. They are ministerial gifts.

They can be described as divine abilities or skills that men receive from the Lord to perform specific duties for Him. No one, therefore, must take credit for his successes or accomplishments. Only the Lord is worthy of our praises concerning our successes and achievements.

There is no need for anyone's boasting because every perfect gift a minister has, was given to him from above, the Father of light. The Bible says: “…What do you have that you did not receive? If then you received it, why do you boast as if you did not receive it?” (1 Corinthians 4: 7)

The way some pastors boast of their abilities and accomplishments at the pulpit when preaching makes it very difficult to associate them with Christ Jesus. Their conducts make them look as if they received nothing from the Lord. But they received gifts from the Lord if truly they were called by Him.

This requires that they glorify Jesus Christ instead of glorifying themselves. Perhaps, men of God who boast of their abilities without glorifying Christ received counterfeit gifts from somewhere else other than from Christ. I have personally listened to pastors who preached sermons or taught the Word of God without even mentioning the name of the Lord Jesus in it.

Everything they say is about themselves or something else. Instead of speaking about the restorative work of Jesus on the cross, they speak about and showcase their academic accomplishments, ecclesiastical titles, sumptuous food they eat, the special clothing they love to wear and their spiritual prowess.

They talk about the uniqueness of their children, partners, friends, cars, houses, travelling experiences and other carnal stuff. To talk about these may not be sinful, but must they substitute the core pastoral responsibility of giving testimony about Christ Jesus when preaching or teaching?

Pastor Derek Amoo-Sakyi, seems to share this view when he wrote: “Ghana, unlike the Western nations is not very direct in dealing with spiritual leaders. We have made tin gods out of our leaders and we are not helping them. Much as I do not like to single out any leader to castigate, we must check every statement made by even the Pope against the Bible.”

Amoo-Sakyi continues, “If Jesus could challenge the people to look through the Word of God against his actions and Paul commended Bereans for crosschecking his words in the Bible, who in this age is so ranked that we cannot question his statement or action? Luther questioned the Pope's words. That is why you and I are not in Roman Catholic Church today.”

He then charged all Christian believers to, “…check ourselves so that we can be the conscience of the nation and stop pastor worship even when they are wrong”. If the church cannot question a pastor for going contrary to the Word of God, what moral right do we have to question political leaders?

There is no doubt that true ministers of the gospel are servant-leaders. They show their dependence on the Holy Spirit, who is the Vicar of Christ. They sincerely praise, adore and exalt the Lord in all their activities. Because they have relationship with Him and know who He is, they talk about His love, deity, miracles, signs and wonders.

They show their dependence on Him. They seek counsel and guidance from Him for everything they do. Men of God who want to be in the perfect will of God always remind themselves of the commitment of the Lord to instruct, teach and guide them in what they do.

Gregory B. Baxter, in his doctorate thesis quoted Constable as saying, “Washing feet in such a situation was the role of the most menial of servants…His act demonstrated love, and provided a model of Christian conduct. Jesus even dressed Himself as a slave…” Baxter views this action of Christ as: “modeling the most important lesson for future disciples.”

To him, Christ expects Christian leaders of every generation to be servants of others. They were not to lord over others or be motivated by selfish love but instead serve out of a motive of selfless love. He was not advocating a new action (foot washing) but a new attitude.

More Feature Article
Modern Ghana Links
Tribalism in politics is prohibited by law
Covid-19: Ghana is back to square 1 and worse
The NDC Made a Lot of Electioneering Capital out of this Fake News Report
Reading the COVID Fine Print: The Undoing of the Australian Open
Noguchi Memorial Alleged to be Falsifying Covid-19 Test Results fora Fee
Why are Ghanaians so Corrupt to Ending up Digging their own Grave?
CUTS International aims to become a Civil-Society UNCTAD
Evangelist Reinhard Bonnke’s Exemplary Ministry
Financial inclusion for women in Africa: Pathway to economic empowerment
Election Reports Quotes Dossiers
TOP STORIES