By A Rocha Ghana 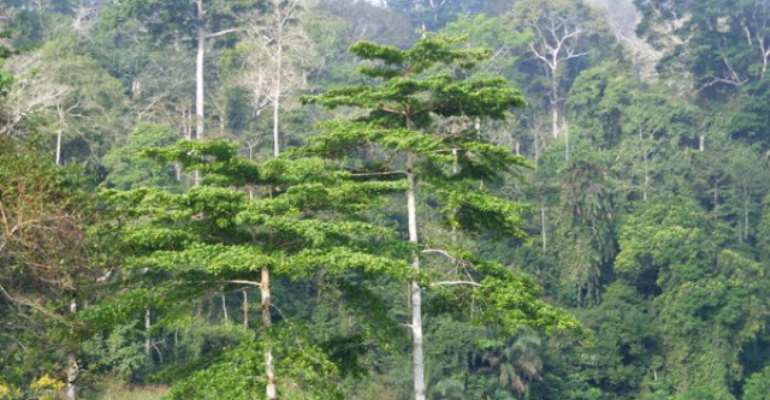 A newly-launched international campaign demanding banks stop financing projects linked to biodiversity loss and social damage has incorporated Atewa Forest as a critical case due to the banking sector’s links to the proposed bauxite mining.

By providing finance, banks have a vital role in determining whether a proposed project goes ahead or not. As some of the most significant drivers of biodiversity loss and climate change are large scale projects such as mining and energy development, they need finance. By saying no to financing damaging projects in landscapes vital for biodiversity, ecosystem services and supporting local communities’ needs, banks can decide to stop contributing to this damage.

Recognising the banking sector’s critical role in environmental damage, the Banks and Biodiversity campaign aims to hold banks to account for the biodiversity and community impacts of their finance. It is doing this by urging banks to adopt a ‘No Go Policy’ that would mean they do not finance environmentally or socially damaging activities in or near sensitive areas.

The Atewa Forest case is one of nine highlighted by the campaign. As is widely known, Sinohydro is securing loans from the Industrial and Commercial Bank of China (ICBC), or any other bank it selects, to pay for Ghana’s infrastructure projects. These loans will be repaid with receipts from Ghana’s refined bauxite. Also well known is that Atewa Forest is one of the locations proposed for mining the required bauxite. Because of this, the Atewa Forest campaign has been requesting the ICBC and several other Chinese banks to reject any finance proposals linked directly or indirectly to bauxite mined in the Atewa Forest. This demand remains current: the ICBC or any other bank approached for financing should reject the requests until Atewa Forest is removed from the bauxite mining plans.

This call for rejection is now strengthened by the Banks and Biodiversity campaign, as the Atewa Forest case fits with 6 of the policy’s 8 No-Go areas:

The just-ended Finance in Common Summit in France has been targeted by the Banks and Biodiversity campaign with a letter to the French Development Agency and participating Public Development Banks to advocate for their adoption of the No Go Policy. Focused on ‘Building resilience for people and planet’, the summit intends to trigger support from the finance community for common action on climate change and the UN Sustainable Development Goals.

This follows the recent overwhelming international support for the IUCN resolution demanding urgent measures to safeguard the globally important Atewa Forest from bauxite mining. The resolution gained 5 African state member YES votes – 4 from Ghana’s neighbouring countries – and 31 Chinese NGO member votes – the second largest number of any individual country after the US – in support of the resolution. The No Go Policy strengthens the demands of the IUCN resolution and the wider Atewa campaign demanding that Atewa Forest must be protected from bauxite mining, and that no further bauxite-linked loans should be delivered to Ghana until Atewa Forest is permanently removed from the bauxite mining agreement.